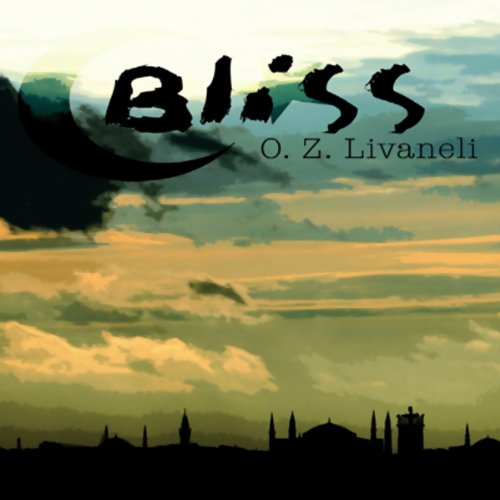 Already an international best-seller, this lyrical and moving story embodies the sweep and contradictions of modern Turkey. In a rural Turkish village, young Meryem is raped by her uncle, a sheikh in a dervish order. Outcast for shaming her family, she is locked in the cellar, where she is expected to kill herself. But she is defiant.

Her commando cousin, Cemal, with whom she grew up, has returned a hero from fighting terrorists in the mountains. It is he who is chosen to execute his cousin outside the town, telling her he is going to "take her to Istanbul".

In Istanbul, a celebrity professor named Irfan leaves his wife and charters a boat to sail the Aegean. By chance, these three fugitives cross paths and embark on a journey that shows what unexpected things can happen in the space between wounded people. (Translation by Cigdem Aksoy Fromm.)

"Livaneli offers readers a fascinating look at the diversity of Turkey today in his American debut....Highly recommended." (Library Journal)
"[A] romantic yet clear-eyed translation....Livaneli deftly folds his philosophical and political questioning into the psychology of his characters. Eye-opening and deeply moving - essential for anyone looking for decency in the world today." (Kirkus Reviews)

What listeners say about Bliss

The author guides his characters on a journey of self-discovery, and along the way we gain insight into the traditions, contrasts and conflicts of modern Turkey. Anna Field gives another bravura performance, adding immensely to the listener's enjoyment. The translation was a little weak on the nautical terms, but apart from that minor quibble the book was very enjoyable and added to my understanding of the region.

If you liked The Kite Runner

If you liked the Kite Runner and A Thousand Splendid Suns, you will enjoy this novel that also takes place in the world of Islam and explores the values and traditions of those people whose treatment of women is so different than those in the West. The author explores fully all stratas of Turkish society.

The characters were well drawn and a triumphant ending made for a satisfying listen. Anna Fields will be sadly missed as a wonderful narrator.

I had no preconceived notions about the book or the author and approached 'Bliss' with an open mind. What a delight!

"Bliss" is a clever mix of modern and ancient with a <i>Hansel & Gretel</i> sense of dread throughout. Livaneli's politics, gender or proclivities aren't in evidence, which I always appreciate in an author.

Turkey's secular state is threatened today by those seeking to establish a theocracy. It is a country we should learn about. The tale here explores the tension in the clash of the rural, urban, secular and religious aspects of Turkey today.

The narrator, one of the favorites of Audible, and often one of mine as well, does her job. This time, however, I was struck by the hard tone of her voice.

A rich tour of Turkey

If modern Turkey can be distilled into a novel that plays out a nation's major issues through its three main characters, Bliss is Livaneli's attempt to write that book. There's Meryem, a naive teenage girl from the countryside, who has been raped by her uncle. Then there is her taciturn, sullen cousin, Cemal, who has just returned from fighting Kurdish guerillas in the mountains of eastern Turkey, and is dispatched to kill Meryem on the road, in order to clear the family honor. Meanwhile, Irfan, a famous, if unaccomplished professor from Istanbul, is going through a midlife crisis and flees his posh existence in a sailboat, looking for something to give him new meaning. Eventually, these three find themselves drawn together.

While such a premise has every possibility of turning into a heavy-handed melodrama, Livaneli writes with a disarming lightness and directness that makes the story engaging. While I suspect that a well-educated Turk might find the book a little lightweight, for an American reader like me, the author's descriptions provided a flavorful portrait of a country struggling at many levels with its sense of identity. We learn much about religion versus secularism, the cosmopolitan elite versus the poor, tradition versus Westernization, ignorance versus education, and a sense of Turkish honor and nationhood that tries and fails to encompass all of the above. Though Livaneli never quite develops his characters beyond the "types" he makes them representatives of, or brings their shared story to an entirely satisfying conclusion, the tour he gives us of their country is a wonderful one.

The basically simple story serves to completely demonstrate the social and economic chasms in Turkey. I couldn't stop listening ..and at the same time wanted it to be over ... all the time haunted by the realization that all over the world there are villages and people who live and believe as depicted in this novel. This is not a story to be taken lightly, even though the author has done as gentle a job as possible revealing societal facts that are easier to ignore than to think about helping change.

Loved it! I felt like I was part of the book...I got to know Meryem very well... Beautiful spirit.

Unflinching Tale of Conflict and Change

This is sweet story where complex religious, economic, political and personal clashes are illuminated through the deceptively simple words, thoughts and deeds of characters from divergent walks of life. It's a well written tale that gives us a peek into an unfamiliar world. At the same time, it reminds us that Turkey's socio-political challenges have ancient roots and a familiar universality. We are all in this struggle together. Perhaps we can make space for each other if we just pause to consider how the realities of our common humanity ultimately make us indistinguishable from one another.

A Window into Turkey

I really enjoyed this book especially as it introduced me to a country I know very little about. The differences in the lives of the 3 main characters was amazing. The professor from the city with his worldly ways, the young ex-soldier fresh from the battlefields in the war with the Kurds and his 15 year old cousin, a rape victim under a death sentence. Their individual journeys, and then their time together made this a wonderful experience.

A very sad postscipt was that I discovered when looking for other books she had narrated, that the wonderful narrator died in a freak drowning accident in 2006.

This book kept me spellbound. I have visited Turkey, but this provided more information than I have had before about the multitude of cultures there, and how they live. Really fills in some blanks about the cultures from previous reading. Great discussion book. I don't see more by this author in the audible store--would love to read more. Really liked the reader, BTW!