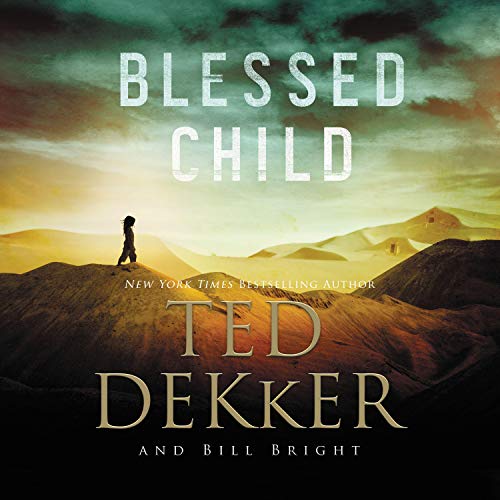 By: Ted Dekker,Bill Bright
Narrated by: Henry Kramer
Try for £0.00

One orphaned boy. A desperate race to keep him alive. And powers that are beyond comprehension.

“Whoever said a straightened hand was more dramatic than a healed heart anyway?”

A young orphaned boy was abandoned and raised in an Ethiopian monastery. He has never seen outside its walls - at least, not the way most people see. Now he must flee or die.

But the world beyond is hardly ready for a boy like Caleb.

When relief expert Jason Marker agrees to rescue Caleb from the monastery, he unwittingly opens humanity’s doors to an incredible journey filled with political intrigue and peril. Jason and Leiah - the French-Canadian nurse who escapes the monastery with him - quickly realize Caleb’s supernatural power to heal. But so do the boy’s enemies, who will stop at nothing to destroy him. Jason and Leiah fight for Caleb’s survival while the world erupts in debate over the source of the boy’s power.

In the end nothing can prepare them for what they discover.

Book one in the Caleb duology:

What listeners say about Blessed Child

lovely story about the amazing power of the holy

A lovely story lots of action. makes you see the world differently and reminds you of the power of the hopy spirit and the love of Jesus

the story starts off in a war zone, so you are fed the information as it is happening. it is very well read!
Jason picks up this kid and red cross nurse and runs. he doesn't know from who or why they are chasing them. They soon realize the significance of the boy, but it a little too late. church and politics inter twine.... they have to save the special boy... but from whom?

I love Bill Bright... but a fiction writer he is not. The characters are one dimensional and the story is cheesy like a lot of Christian fiction. Want good inspiring Christian entertainment? Watch THE CHOSEN.

I loved this book!

I loved this book! Nothing was predictable. I really enjoyed the scenarios of Caleb teaching how to walk in the Kingdom. It was totally sublimed. I got the next book. I am looking forward to 'A man named blessed'. Thank you for writing this. I know it was Holy Ghost inspired!

This book touched my heart in realization that His perfect love is shown through little children all throughout the world every single day. We adults forget the simple trust, love & joy that we had a children. Let God renew you. Amazing book.

Narrator was good. Definately a "page turner" Opens the mind to the simplistic yet awesome power of God.

If your looking for a book that has all the elements of a pretty good story and yet is very much God centered this is it!

I have just discovered Mr. Decker's writings, I can't get enough of them. However, this book was one of his best. It gave a true feeling of the human soul struggle between send and the divine. Mr. Decker please continue your writings, a huge fan... Reverend Mark Benedict.

I enjoyed this book. Story, pace and message were all clear and well done. you should give this a listen. I am onto listening to the second one in the series.