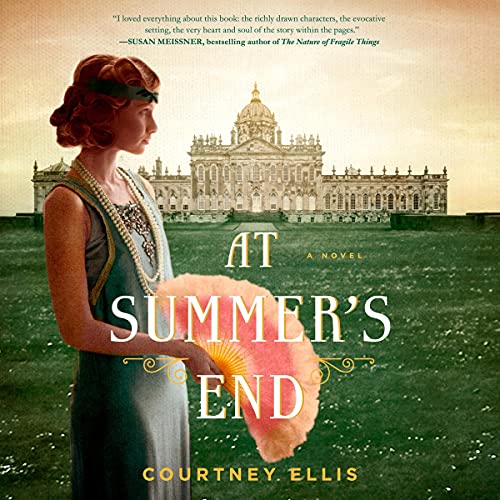 By: Courtney Ellis
Narrated by: Leonora Haig
Try for £0.00

"A sparkling debut from a new author we’re all going to want more from.” (Susan Meissner, best-selling author of The Nature of Fragile Things)

When an ambitious female artist accepts an unexpected commission at a powerful earl's country estate in 1920s England, she finds his war-torn family crumbling under the weight of long-kept secrets. From debut author Courtney Ellis comes a captivating novel about finding the courage to heal after the ravages of war.

Alberta Preston accepts the commission of a lifetime when she receives an invitation from the earl of Wakeford to spend a summer painting at his lordship's country home, Castle Braemore. Bertie imagines her residence at the prodigious estate will finally enable her to embark on a professional career and prove her worth as an artist, regardless of her gender.

Upon her arrival, however, Bertie finds the opulent Braemore and its inhabitants diminished by the Great War. The earl has been living in isolation since returning from  the trenches, locked away in his rooms and hiding battle scars behind a prosthetic mask. While his younger siblings eagerly welcome Bertie into their world, she soon sees chips in that world's gilded facade. As she and the earl develop an unexpected bond, Bertie becomes deeply entangled in the pain and secrets she discovers hidden within Castle Braemore and the hearts of its residents.

Threaded with hope, love, and loss, At Summer's End delivers a portrait of a noble family - and a world - changed forever by the war to end all wars.

“I loved everything about this book: the richly drawn characters, the evocative setting, the very heart and soul of the story within the pages. It’s everything you want in a novel for these times we are in. A sparkling debut from a new author we’re all going to want more from.” (Susan Meissner, best-selling author of The Nature of Fragile Things)

"Readers will be captivated by this stirring debut of love, family secrets and human frailties. Told with wit and tenderness, this story is as unique as its characters, Bertie and Julian Wakeford, an earl like no other. Ellis deftly captures the devastation of war and what it means to be comfortable in one’s own skin.” (Renée Rosen, best-selling author of The Social Graces)

“Ellis’ lyrical, emotional writing brings the beauty of Braemore alive while revealing the complexity of the richly drawn characters as Bertie pursues artistic recognition alongside her emotionally charged love affair with Julian. Historical fiction fans will appreciate this.” (Publishers Weekly)

What listeners say about At Summer's End

Great story, great characters! a few of the secondary characters' actions didn't entirely ring true, but the main characters were extremely well- developed. The reader was absolutely perfect and made the novel even more than it was already! I hope to hear more from both the author and the reader!

I didn’t want it to end. I hope there’s a sequel. Loved the characters and their relationships with one another- human, raw and real. Bravo! Fabulous book.