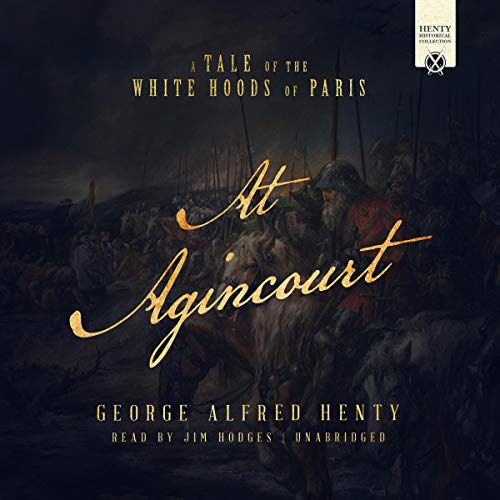 G.A. Henty novels are highly researched as well as drawn from his first-hand experiences of people, places, and events.

From 1413-1415 the butcher’s guild, otherwise known as the “White Hoods” of Paris, kept that city in a state of near anarchy. With a mad king, a virtual civil war between the houses of Orleans and Burgundy, and King Henry V of England claiming the French throne, there is plenty of opportunity for Guy Aylmer, a squire to Sir Eustace de Villeroy, to show his mettle in many a skirmish, finally winning his spurs at the lopsided victory of the English over the French at the Battle of Agincourt on October 25, 1415.

What listeners say about At Agincourt

couldn't bring myself to listen

gave it a go. it may well be a decent tale but the narrator GOD awful reminded me of American Friar Tukk of the Hollywood Robin Hood films in the early 50s overly florid accents and all to the point I couldn't concentrate while shaking my head. ridiculous