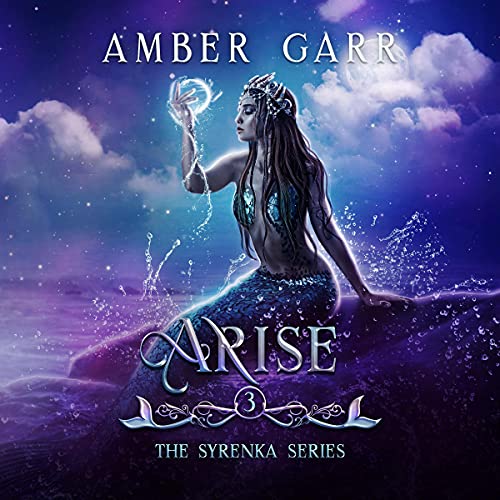 By: Amber Garr
Narrated by: Katrina Geurink
Try for £0.00

With power comes the responsibility to accept its consequences. After the betrayal of those closest to her, Eviana Dumahl struggles to cope with her new reality. Kidnapped, broken, and confused, she is forced to engage in a war that will alter merfolk politics forever. With her estranged father leading the charge, Eviana has no choice but to stand by his side. Her continued existence hinges on the acceptance of the power growing inside her, even when that means embracing the family’s dark lineage.

Kain Matthew will sacrifice the world for Eviana. And he is not alone. As time runs out, her friends fight to save her life and theirs. An unlikely alliance gives them the edge they need to take a stand, although it keeps Eviana’s heart trapped in the past. A new discovery explains some of her previous mistakes, but it may not be enough to stop her father’s plans. Merfolk, selkies, and water sprites work together to save their kind, only in this final battle, not everyone will survive. In the striking series conclusion, Eviana will learn the true meaning of power, sacrifice, and love.

What listeners say about Arise

Eviana is so young, so naive and really just not that relatable.

She has three guys who want her. Her decisions past and present are awful. I’m not 100% on why the other clans give her so much power.

I also don’t understand her drawer and the love she has from at least two of the three guys.

The storyline from the point of view from Kaine saves this story. I’m actually a fan of him making this listen a 2.5/3 star listen.

Wow!! So many ups and downs and twist and turns. I found myself sitting in the car long after I turned it off just to read more. I love seeing the growth of Brendan, Cain, and Eveanna. These characters were so well written.

satisfying end to the mermazing series

It was easy listening... story flowed well. author did a good job building characters and maintaining story flow and narrator fit the story well. recommend all 3 in series!

I didn’t think the books could get better. I was wrong. This 3rd one was awesome. I loved the ending. Narrator did a wonderful job on this book.