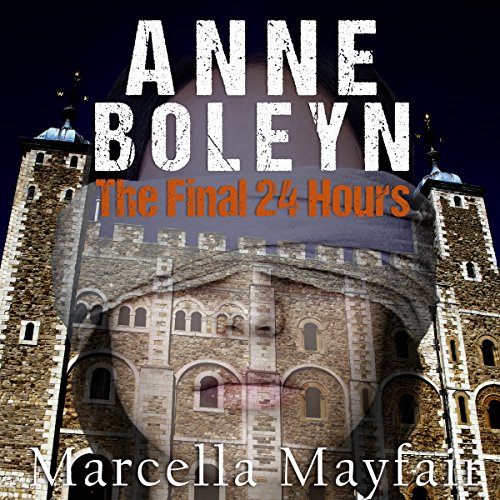 By: Marcella Mayfair
Narrated by: Linda Armstrong
Try for £0.00

This is the story of the dramatic final 24 hours of the life of Anne Boleyn. The story is told in a compelling minute by minute countdown which ends with her final walk to the scaffold, and her beheading by the hangman of Calais' sword.

The book describes the actions and thoughts of some the leading players during those final 24 hours including Thomas Cranmer, Chapuys, Jane Seymour, Lady Mary, Sir William Kingston, Thomas Wyatt and, of course, the three principle players.

Henry VIII - what was he doing as the woman he moved heaven and earth to marry faced execution. Did he feel remorse? Did he feel hatred? Did he feel anything at all?

Thomas Cromwell - widely accepted as the engineer behind the downfall of the queen. Did he feel guilt that even Chapuys was not convinced by the charges which sent Anne to her death?

Anne Boleyn - just how did she manage to walk to the scaffold and address the crowd so bravely? How did she cope with the continual postponement of the execution? And what did she think of the men who would send her to the grave?

What listeners say about Anne Boleyn

The last hours of Anne Boleyn

A piece of history that has always fascinated me.! Sensitively written and read. Very well done!

she kept her dignity till the end. strong woman
even if she did cause her on demise in some way

Very well written and narrated, historically accurate for the most part. Most of us who have an interest in the Tudors know this story ( although perhaps not in as much detail as it is provided here - and when I say this story I refer to how Anne Boleyn died). Here we are provided with the points of view of the other characters that participated in her execution). This is a surprisingly good read. I recommend it.