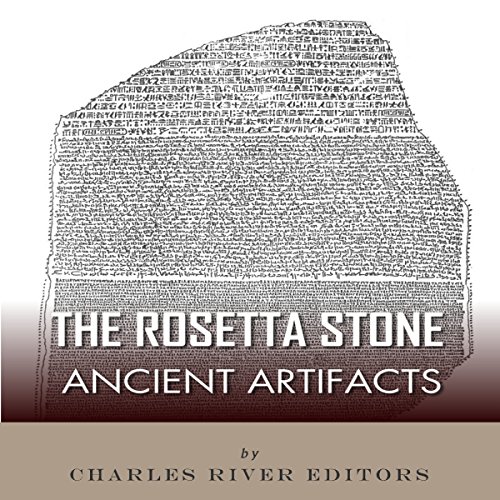 By: Charles River Editors
Narrated by: Steve Rausch
Try for £0.00

Despite the fact Ancient Egyptian history happened so long ago and covered an immense span of time, Egyptologists are able to learn an incredible amount about different periods through reading the surviving texts now preserved in museums throughout the world and in the many temples and tombs in Egypt. Egyptologists know that the language of ancient Egypt went through many phases and was written in a variety of different scripts, such as the well-known hieroglyphic script and the cursive versions known as hieratic and demotic. But this was not always so, and the key to unlocking it all took place with one groundbreaking discovery.

The historical importance of the Rosetta Stone as a primary source of events during a turbulent period in Egyptian history cannot be minimized, but its true importance was as a tool that scholars used to unlock the language of ancient Egypt. This was not lost on the Europeans at all, as the discovery and subsequent translation of the Rosetta Stone not only opened the door for the development of modern Egyptology but also proved to be an important chapter during the period known as the Enlightenment.

What listeners say about Ancient Artifacts: The Rosetta Stone