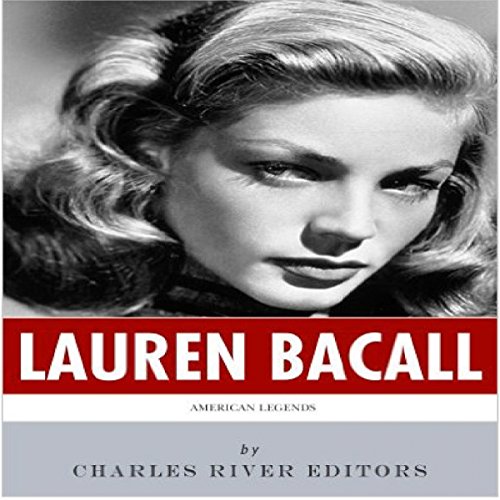 By: Charles River Editors
Narrated by: Liz Terry
Try for £0.00

"Imagination is the highest kite that can fly." - Lauren Bacall

A lot of ink has been spilled covering the lives of history's most influential figures, but how much of the forest is lost for the trees? In Charles River Editors' American Legends series, listeners can get caught up to speed on the lives of America's most important men and women in the time it takes to finish a commute, learning interesting facts long forgotten or unknown.

It's exceedingly difficult to think about Lauren Bacall without also thinking of her famous husband, Humphrey Bogart. After all, it is no accident that Bacall was entirely unknown before starring at just 20 years old with her future husband in Howard Hawks' famous film To Have and Have Not in 1944. And of course, Bogart's infatuation with the young actress helped ensure she would continue to be cast in movies with him moving forward.

"Bogie and Bacall" are just one of a number of legendary romantic screen duos in film history, and there have been other famous screen couples who made headlines off the set as well, but few compare in terms of success. In the wake of their first film together, Bacall and Bogart captivated audiences in other films during the decade, including The Big Sleep (1946), Dark Victory (1947), and Key Largo (1948). Even though they didn't appear in a large number of films together, the popularity and cultural significance of these films solidified the status of "Bogie and Bacall" as one of the premier romantic couples in film history.

When Bogart died in 1957, Bacall was still in her 30s, yet from 1957 onward her name scarcely surfaces in popular culture, as though Bacall was simply wiped away with her late husband.

What listeners say about American Legends: The Life of Lauren Bacall