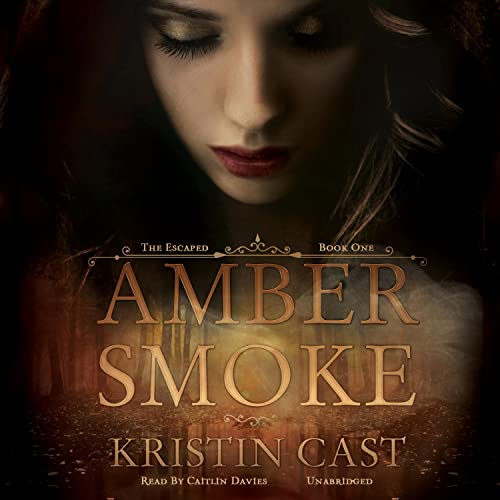 By: Kristin Cast
Narrated by: Caitlin Davies
Try for £0.00

The door to the massive New York Times best-selling House of Night series has closed. Now Kristin Cast kicks down a new door to welcome her millions of fans to her latest sizzling series.

There is a world that runs parallel to our own, a world in which the souls of the damned are caged, where they are looked over by the furies, and where they spend eternity in torment, mirroring the devastation and mayhem they created when alive.

Someone has opened the cage.

The worst of terrors have crossed the barrier that separates our world from theirs, and the furies send a great, albeit untested, warrior - their only son, Alek - to bring those souls back. He is young and handsome, headstrong and impulsive, and he won't be able to do it alone.

Eva has grown up beautiful and beloved but surrounded by secrets. First she will be hunted in an ancient feud that will threaten her life. Then she will become the hunter.

With the police closing in and two worlds on the verge of crumbling around them, Alek and Eva must find each other, discover the limits of their powers, and work together to save everything they hold dear, including one another. Blending elements of mythology with the dazzling storytelling that her fans have devoured in the House of Night series, Kristin Cast weaves a spellbinding and passionate tale that starts a thrilling new series with an explosive charge.

What listeners say about Amber Smoke

It kept reaching to a place it never got too

It just went on an on but no real update in story. it wasn't all bad but the book needed to be half the size for a decent story. oh well big cliff hanger so hopefully book to gets into what the story is really about.
brill narrator

good idea and premise but really hard to get through. can't handle weak leading women. they were quite annoying. reader was not my favorite.

If you could sum up Amber Smoke in three words, what would they be?

Everything! I loved the characters and the storyline.

Have you listened to any of Caitlin Davies’s other performances before? How does this one compare?

I love Caitlin Davies! She read the House of Night series and did a fantastic job.

This book made me laugh, gasp and definitely cry out No at the end!

I guess after reading the PC Cast books I was expecting more. Struggled through it.

Would you listen to Amber Smoke again? Why?

I am gonna give it another listen closer to Book 2's release date.

Alek and his obliviousness of the mortal realm was awesome.

Which character – as performed by Caitlin Davies – was your favorite?

I think Bridget was done best. It definitely reminded me of Aphrodite in HoN but I did not consider that a bad thing.

It kept me so engaged that I finished it quickly. There was some suspense, mystery, and a smidge of romance.

Slow to start, but I'm in love!

The narrator was excellent even though she scared me at first with the prologue with her almost robotic voice. She gets better!

The story was slow at first but definitely picked up and now I can't wait to read to second one! Fans of House of Night should pick this one up for sure!

Caitlin Davies never ceases to bring her A game! I absolutely love her voice and performance. And unlike her previous books with P.C. Cast, Kristin has managed to make a magical romance novel terrifying as well. I absolutely love her more macabre style. It's not all rainbows and sunshine. And what an amazing ending, leaving me wanting to know more! This book draws you into a new world that is familiar at the same time! I can't wait for more!

This book was hard to listen to. It just took too long to get to the point and the characters weren't go getters. They were just not that interesting to me.

I will say that I fast forwarded and skipped 60% of the book. Something awesome may have happened but I'll never know, and I'm fine with that, lol.

Then this is a series for you! Great job Ms Cast! Look forward to book 2. Hurry up already!

Boring book, annoying narrator. This book is not of the caliber that the Cast name has been known to produce. Definitely disappointed

The reviews for this book made it seem like it would be great, but it was highly disappointing. I can't stand Eva and her story. Hopefully I can get a refund.