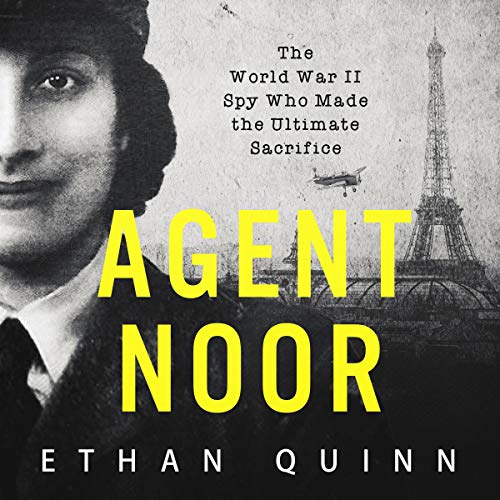 Agent Noor: The World War II Spy Who Made the Ultimate Sacrifice

In 1949 Noor Inayat Khan was awarded the George Cross posthumously. How did this young lady from a noble upbringing with a pacifist belief have the desire, dedication, and willingness to risk everything to become one of the bravest and courageous agents during World War II?

Starting her career with the Women’s Auxiliary Air Force, Noor soon wanted to make more of an impact on the war effort. This, combined with her incredible willpower and determination were soon noticed and she was recruited as a Special Operations Executive.

Noor, the master of communication, soon had to become the master of evasion from Nazi attack and received an act of betrayal which will never be forgotten.

It was through her constant desire to bring justice and peace to the world that led her to become captured and imprisoned. Noor made the greatest sacrifice a human could for her beliefs and also for her fellow people.

What listeners say about Agent Noor: The World War II Spy Who Made the Ultimate Sacrifice

As a young man in my twenties I devoured the works of the Indian mystic Inayat Khan. In my fifties whilst working a tour guide in London I came across her memorial statue in Gordon Square. When I researched her story I was amazed to find out Noor was Inayat’s daughter. Although I shouldn’t have been, it is only natural that a phenomenal man like Inayat should produce and raise such a courageous daughter.
Inayat Khan when commenting on the first verse of the Quran revealed to the Prophet Muhammad, “ READ in the name of thy God”. Explained God is not saying read the Quran as most Muslims believe. There was no Quran at the time. He was saying read Gods creation, in other verses He advises us to study and learn from the histories of those who have gone before us.
Noors story is worthy of such study. At the outset of the war in racist Britain she prayed an Indian soldier would perform act of heroism that would make the British realize that Indians were loyal and equal to the White British. She became that soldier, she set an example of how to live and how to die. More people need to know about this phenomenal humble heroine.

This is a fascinating insight into the world of secret agents in WW2. The agent in question was the first Muslim woman to be awarded the George Cross for bravery. Her story is quite amazing and the bravery she showed most humbling.


I was given this free review copy audiobook at my request and have voluntarily left this review.

The life and times of Agent Noor.
True life tale, of a female British agent during world war 2.
Very pleased to have read this book, so people like Noor are remembered.
I received a free copy of this audiobook at my own request and voluntarily left this honest review. .