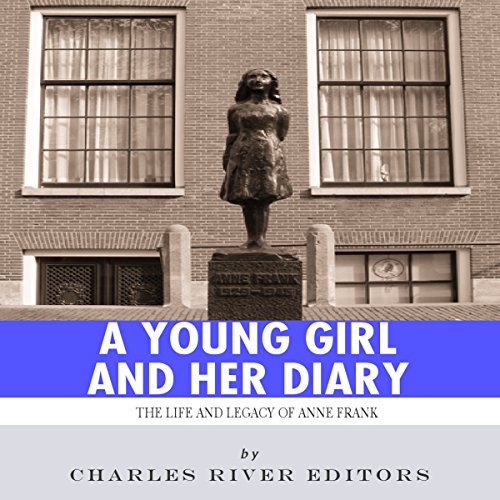 A Young Girl and Her Diary: The Life and Legacy of Anne Frank

By: Charles River Editors
Narrated by: Tess Walsh
Try for £0.00

"I want to be useful or bring enjoyment to all people, even those I've never met. I want to go on living even after my death! And that's why I'm so grateful to God for having given me this gift, which I can use to develop myself and to express all that's inside me!" (Anne Frank's diary entry for April 5, 1944)

Anne Frank is one of the most famous individuals of the 20th century for the worst possible reason. Joseph Stalin is often quoted as saying one death is a tragedy and a million is a statistic, and while plenty of people might argue with the sentiment expressed, there's no question that Anne Frank in many ways became the face of the Holocaust.

Among the millions of victims killed in the Holocaust, there were certainly a countless number of 15-year-old Jewish girls who lost their mothers, their sisters, and their own lives in Nazi concentration camps. While they were destined to become a footnote of history for anyone outside of their loved ones, Anne Frank has indeed gone on living after death thanks to the diary she kept during World War II and the year she and her family spent hiding from the occupying Nazi forces in Amsterdam. Given the journal as a 13th birthday present, Anne dutifully wrote in it from June 1942 to August 1944, with the last entry coming just a few days before her family was arrested. Anne and her sister, Margot, were transported to the Bergen-Belsen concentration camp, where both young girls died of typhus just a month before the war in Europe would end.

What listeners say about A Young Girl and Her Diary: The Life and Legacy of Anne Frank

not what they said it was :(

If you've read (or listened!) to Anne Frank's diary, you may as well pass this by...
All this is is quotes from Anne's diary and the same explanations from the book "The Diary of Anne Frank". It told of how Anne's diary came to be published and the circumstances of her death as well as the death of the others living in the secret anix.
The description of this story said it had stories Anne wrote in her diary, but that was not true at all! There was not even one morsel of info that wasn't in the origional book she wrote that was published.
I give this 1 star because the description made me get it so I could listen to Anne's made up stories she wrote, but they weren't there!!
The narrator was fine, but I like the narrator of the full story better.