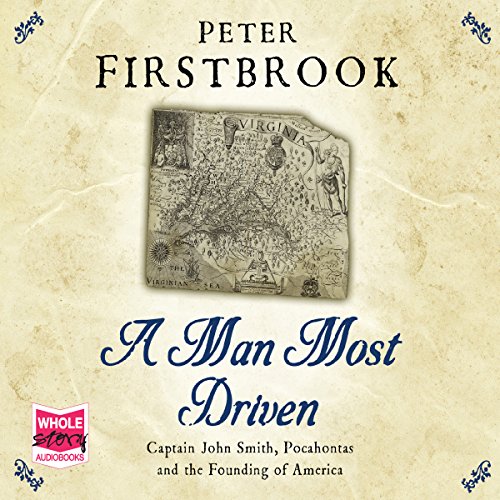 A Man Most Driven

By: Peter Firstbrook
Narrated by: Barnaby Edwards
Try for £0.00

He fought and beheaded three Turkish adversaries in duels. He was sold into slavery and then murdered his master to escape. He was captured by pirates--twice--and marched to the gallows to be hanged, only to be reprieved seconds before the noose dropped over his head. And all this happened before he was thirty years old. This is Captain John Smith's life.

What listeners say about A Man Most Driven

This book is really fantastic!! The narration and performance excellent. The characters in the story did a great job

A Man Most Driven to Create His Own Legend

This biography of John Smith turned out to be a pleasant surprise. British narrator Barnaby Edwards, is perfect for the story. He keeps the link to England alive. Smith's story is filled with swashbuckling tales that often raise questions about Smith's truthfulness. The author analyzes Smith's story in an attempt to decipher what is truth and exaggeration, making this an example of biographical sleuthing. There are many surprises to discover including the fact that Smith was a pioneering writer of the autobiography. By the end of Peter Firstbrook's biography of John Smith readers will realise that Smith actually created his own legend.

loved it good writing and narration.. wish I could find more stories about captain Smith and Jamestown.