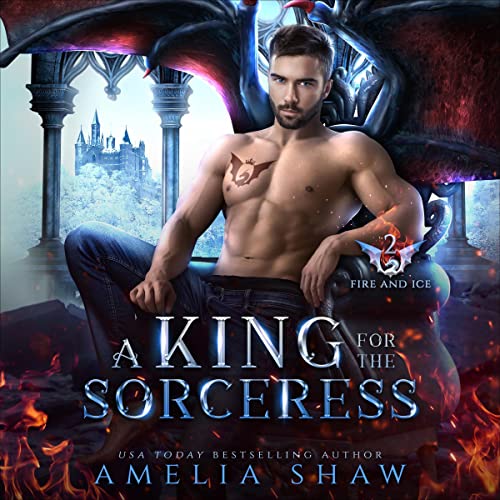 A King for the Sorceress

By: Amelia Shaw
Narrated by: Catherine Bilson
Try for £0.00

“For it was not into my ear you whispered, but into my heart. It was not my lips you kissed, but my soul.” (Judy Garland)

As fated mates, can Erik and Marienne overcome a destiny haunted by death?

Erik's dragon lurks beneath the surface, only willing to emerge for one woman, his half-brother's widow. As the queen of the kingdom he's inherited, Erik will need her by his side in order to survive as the new king.

Marienne will never bow to a man or dragon king again.

After her tyrannical husband was killed, Marienne was finally set free, and she's determined not to repeat the mistakes of the past. As a sorceress, people have always sought her out for what she is, not for the woman she is. So why would Erik be any different? Except Marienne knows why and it's plagued her dreams for the past five years.

Erik is her fated mate, and he doesn't even know it.

One hot night proves their bond is real, but with their connection comes a vision of Erik dying in her arms, their kingdom burning. Untold agony and their greatest enemy await them in the kingdom no one has ever seen. Can they save their future...or are they also fated to perish together as well?

Fans of Eva Chase and Linsey Hall will sink their talons into this steamy, paranormal romance.

One-click today and find out if Marienne and Erik's connection runs deep enough to defeat what has already been foretold.

What listeners say about A King for the Sorceress