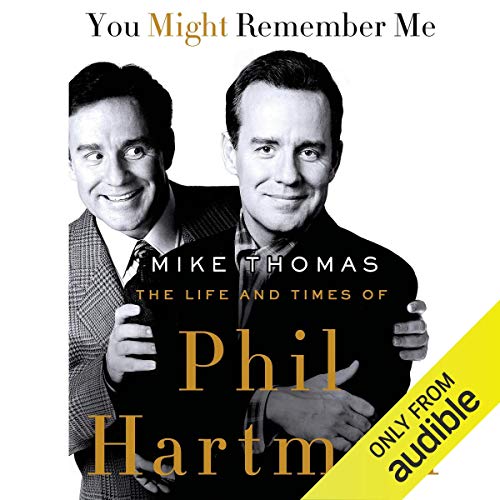 Beloved TV comedic actor Phil Hartman is best known for his eight brilliant seasons on Saturday Night Live, where his versatility and comedic timing resulted in some of the funniest and most famous sketches in the television show's history. Besides his hilarious impersonations of Phil Donahue, Frank Sinatra and Bill Clinton, Hartman's other indelible characters included Cirroc the Unfrozen Caveman Lawyer, Eugene the Anal Retentive Chef and, of course, Frankenstein. He also starred as pompous radio broadcaster Bill McNeal in the NBC sitcom NewsRadio and voiced numerous classic roles - most memorably washed-up actor and commercial pitchman Troy McClure - on Fox's long-running animated hit The Simpsons. But Hartman's seemingly charmed life was cut tragically short when he was fatally shot by his troubled third wife, Brynn, who turned a gun on herself several hours later. The shocking and headline-generating turn of events stunned those closest to the couple as well as countless fans who knew Phil only from afar.

Now, for the first time ever, the years and moments leading up to his untimely end are described in illuminating detail through information gleaned from exclusive interviews with scores of famous cast mates, close friends and family members as well as private letters, audio/video recordings, extensive police records, and more.

Both joyous tribute and serious biography, Mike Thomas' You Might Remember Me is a celebration of Phil Hartman's multi-faceted career and an exhaustively reported, warts-and-all examination of his often intriguing and sometimes complicated life - a powerful, humor-filled and disquieting portrait of a man who was loved by many, admired by millions and taken from them far too early.

I Will Remember You Phil Hartman

You Might Remember Me: The Life and Times of Phil Hartman is a meticulously researched book that gives a clear and affectionate although unbiased look at Phil Hartman's life.
I was especially taken with his early days and could relate easily as another California kid growing up surfing and hanging out--with the knowledge that Hartman managed to have a ringside seat and know a lot of the musical icons of the end of the 20th century personally.

Mike Thomas hits the nail on the head in his narrative about Hartman's learning to inhabit his characters as he grows up. Hartman is ultimately another one of those successes who are only really alive when they become someone other than themselves.

Listening to this book was like being there in many ways, Hartman was always the good looking glue of whatever he was involved in and gave 100% to his work. His personal life could never match his romantic expectations and that comes across clearly. I would have liked to know more about his personal life but this book focuses extremely well on how his work life and career developed in the unforgiving arena of comedy and television.The book builds a portrait of a complex man who never could quite figure out what the rainbow was that he was chasing until the night it all came apart with his murder.

Narrator Corey Snow does an excellent job of delivering a plethora of voices that are believable from Paul Rubens to Jan Hooks to Dana Carvey. He never dips into imitation but uses nuance and shading to make his voiced characters believable.

Recommended to anyone who is fascinated by the comedy/television industry and talent factories of the 1970s to the 1990s, an excellent insider look. My only kvetch is that at times there are almost too many details provided which can derail the narrative instead of providing the provenance they are intended to do.

What would have made You Might Remember Me better?

It was very slow. The author was going over Phil's middle school grades..... It didn't seem to have a lot of life in the story. It just dragged on and left lots of open ended story lines.

great book..Wish Phil were still around to tell it

The book laid out a lot of information about Phil's life.. at times it felt cold.. like the way you steel yourself and deliver factual information rather than break out crying over the loss of some one so special. This seemed oddly appropriate. I feel much closer to Jon Lovitz after reading this even though I already liked him a lot.. just hearing how much he cared for his friend really touched my heart. Great work Mike Thomas and excellent performance Corey Snow.

the narrator's voice lacks emotion and. thw story gets hung up on boring details. glad i bought this as a daily deal instead of full price

this book is a chance to fill in the blanks about the life of a gifted performer. the narrator does some spot on impressions.

Being a fan of Phil Hartman, I got this book hoping to learn more about who he was and not just how he died. For the most part I believe the author gives a good insight into Hartman's life right up into the tragic end of his and his wife's life.

What you don't know about Phil Hartman

Yes--this is a thorough story that helped me understand how Phil Hartman died, and why. The author weaved a compelling story through the pieces of Hartman's life, especially his life with his third life. I was fascinated by the details of his life and death.

Hope:The Entertainer of the Century. This book, like You Might Remember Me, you get a good look at how someone makes their way in the entertainment industry, especially in comedy. Also, you see that the person on the screen, whether it is Hartman or Hope, is very different from the real person. Both of these men, while popular and successful, had trouble engaging with their own families, as well as others.

I liked the section about his time at SNL. I have never read another book about someone who spent that much time on the show, and it was interesting to see how he worked within that "system" and the types of characters he created. (I also never watched SNL>)

No not in one sitting, but I wanted to get through quickly because it was so interesting.

The performer was excellent. He replayed some SNL vignettes very well, and he subtly mimicked different people in the story, and different characters played by Hartman. This is difficult to do and he did it in a subtle way, especially with the female voices. Most performers cannot do this effectively.

I have a greater appreciation for Phil Hartman after listening to his story. I always thought he was talented but never know how much he was appreciated by his co-workers and co-stars. I was not overly thrilled by Mike Thomas's writing style, but Corey Snow's narration made up for it. Thomas threw in more detail that I though was necessary; almost as if to make sure the book was long enough. In addition he bounced back and forth referencing future events that were not necessary. Corey Snow's smooth narration made even this palatable, however. Corey did not try to mimic the voices of Phil's co-stars and acquaintances but used inflection and tone to bring the story and comments to you. Corey's narration is like sitting by the fireside and having a friend read to you.

A must for every Phil Hartman fan

Very in depth look at the life and tragic death of one of comedy's biggest legends.

Well written, but a mediocre narrator. They should have hired someone connected with Phil Hartmans story.