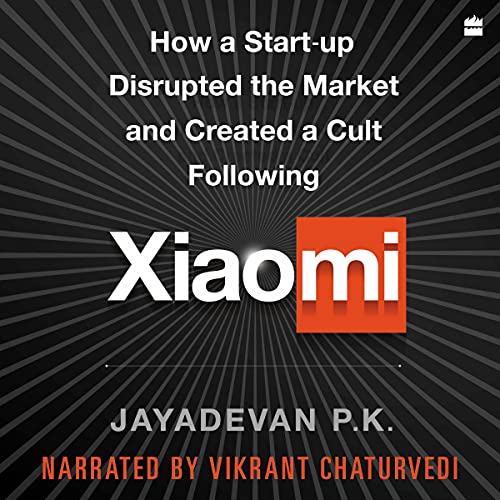 By: Jayadevan P.k.
Narrated by: Vikrant Chaturvedi
Try for £0.00

There may be no hotter company on the planet than Xiaomi. In less than a decade, the company has gone from being a Chinese start-up to a global player in the smartphone market. Driven by the philosophy of "Innovation for all", Xiaomi has a cult fan following; after all, it offers high-end features at relatively low prices.

Besides, it does not only sell phones. It also sells earphones, Bluetooth speakers, televisions, fitness bands, weighing scales, power banks, and air purifiers, among other products. Each one of them offering the best possible value for money.

How did a small Chinese start-up become so big in a matter of years? How has it managed a cult following in such a short time period when a company like Apple took decades? What's the secret behind Xiaomi's success? Such are the answers this book will provide at length.

What listeners say about Xiaomi