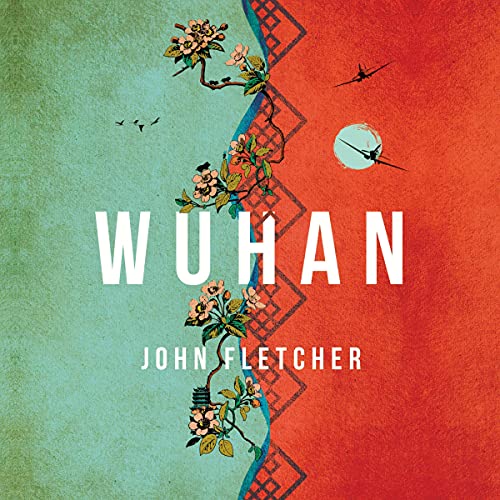 By: John Fletcher
Narrated by: Bruno Roubicek
Try for £0.00

Wuhan, 1937. China is at war, invaded by the Japanese Army, who sweep through the country killing indiscriminately. As the capital city falls, Wuhan takes its place and will become pivotal in China's future.

1937. China is at war. Japanese soldiers sweep through the country, killing and displacing the millions who stand in their way. Nanjing has fallen, and Wuhan promoted in its place. While the rest of the world looks the other way, Wuhan stands alone against a whirlwind of violence which forced unprecedented cultural and political change. This will be a moment that shapes China's future.

Weaving together a multitude of narratives, Wuhan is a historical-fiction epic that pulls no punches: the heart-in-mouth story of a peasant family forced onto a thousand-mile refugee death-march; the story of Lao She - the influential Chinese novelist - who leaves his family in a war-zone to assist with the propaganda effort in Wuhan; the hellish battlefields of the Sino-Japanese war; the incipient global conflict seen through a host of colourful characters - from Chiang Kai-Shek, China's nationalist leader, to Peter Fleming, British journalist based in Wuhan and a prototype for his younger brother Ian Fleming's James Bond.

What listeners say about Wuhan

A masterpieces and a page turner

I absolutely love this audio book. The reader (listener) is taken on a journey through China during the period just a couple of years before the outbreak of WW II in Europe. In fact we don’t travel all through China but follow the stories of some different characters and their physical journeys as well as the development of their lives and families. Apparently this is John Fletchers first book and I think this book Wuhan will be a hard act to follow because it is so brilliant.
The narrator Bruno Roubicek reads as if reading you a story and I find this works very well with this book. The narrator has a very pleasant English accent (no accent we English would say) and I find his pace and style very easy on the ear.
The reader (listener) will find themselves really caring about the characters and the outcomes. I particularly love how the author has tied up so much true history and politics into the story and although this is a work of fiction it really is not total fiction. Those who know a bit about history and politics, probably older readers like me (silver surfers) will see how cleverly the author has captured so many events taking place at the time of the story as well as relevant events that took place before and the global political landscape, and has created an exciting and captivating story which you just can’t put down.
This book is worthy of attention by those big film maker people and I have the impression that it could make a real good blockbuster.
I so much recommend this audio book and can say that of all the books I have had from audible this is right up at the top as an absolute favourite. Buy it now it’s so good.