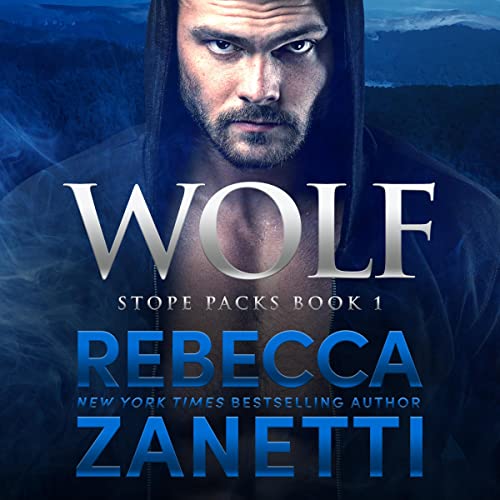 By: Rebecca Zanetti
Narrated by: Stella Bloom
Try for £0.00

Number one in Kindle Vella at launch!

When Mia Stone is asked to consult on a case in the middle of nowhere, she leaps at the chance to escape the disaster that has become her FBI career, while ignoring the threat still pursuing her. The case turns out to involve the dangerously sexy Seth Volk, who's a bad boy on his best day and a predatory wolf on his worst. Literally.

What listeners say about Wolf

Review: This is the first book in a new wolf shifter series by Rebecca Zanetti. Mia has relocated her mother and aunt to a small mining town in the northwest. She is working with the local sheriff on a local case with Seth as a suspect in the murder. This town is basically owned by the mining company and Seth’s family are the leaders of the shifter community. The good: We get a new RZ series and it has a PNR/UF meets Anna Albertini tone. Liked the characters and mystery of the past contributing to the storyline. This was released on Vella as a serial and I’ve patiently waited for it to be finished and in audio. I’m a big Zanetti fan and this new series didn’t disappoint.

you know... enjoyed this listen. it's intense,Suspenseful, Passion. Great story! can't wait for Book 2! the only thing I missed was that there was so many characters. I believe that those few characters could have been brought into better place in the story and or in a series of book 2, 3 ... Mfc OMG, her confused right & wrong really got on my nerves 🤔😱😜 shut up already Mia! geez! 🤣 but their passion was totally intense 🔥💥🔥

Love this first audiobook.
Narrator as always was amazing!
Recommend 100%. Can’t wait to the 2nd is released!

This was a good read. I love Rebecca Zanetti and although I enjoyed this book and Seth I did not like Mia at all. I will probably not listen to the next book but I’ll continue to listen to this author.

I totally didn’t see that ending coming. I’m sure some people may but I definitely didn’t 😁

I really enjoyed the first book, in this series, with the exception of the Heroine’s inability to accept the differences between the human and shifter communities; she didn’t even try. Other than that, I am excited to experience the development of this series.

There are a few intimate scenes but, they aren’t overly descriptive and there aren’t very many.

There is some shifter violence but, they are not too descriptive, either.

There was a mystery to solve and I didn’t solve it before the author revealed the truth.

Overall, I considered it a credit worthy listen.