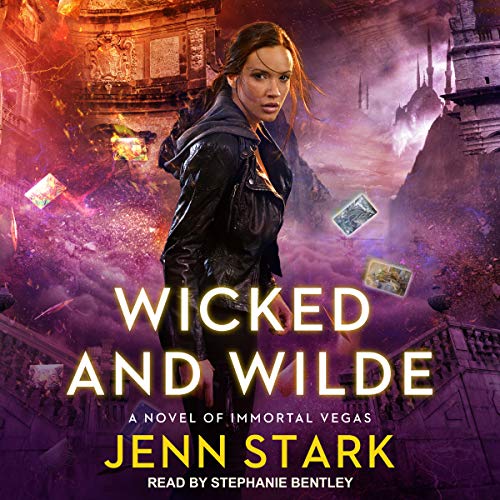 By: Jenn Stark
Narrated by: Stephanie Bentley
Try for £0.00

Tarot reader Sara Wilde has spent her whole life finding the lost with the use of her trusty cards - from missing kids to shifty criminals to ancient, arcane artifacts. But when her newest assignment sends her straight to Hell, she discovers more than she bargained for.

The journey through Dante's playground forces Sara to endure a client's bitter loss, fall victim to a vicious betrayal by her own kind, and come face-to-face with the woman she might have been - a soul capable of heartless brutality. Not even Sara's blossoming love for the darkly sensual Magician is safe in the underworld. She's tested in ways she never fathomed, ways that could drive her mad or utterly destroy her. But time waits for no artifact hunter.

Back in Vegas, the war on magic takes a fatal turn, with the worst of the dark practitioners focusing on all Sara holds dear. If she doesn't escape the bonds of the underworld, scores of psychics will die. To flee Hell for good, however, the final sacrifice Sara must make may be more than she can bear. Nothing's ever easy when you're Wicked and Wilde.

What listeners say about Wicked and Wilde

This book was so good. Ms Stark has put together a well developed and written book. Full of action, suspense, romance, magic and more. Highly recommend. I'm very sad to see there are only 4 books in audio because this narrator was fantastic. She has a smooth voice and tells the story with emotion she gives each character a unique voice. This series is like potato chips you can't eat a few. I want the whole series. Would have gladly paid for audio but I'll have to read the rest. I have to know what comes next for Sara.