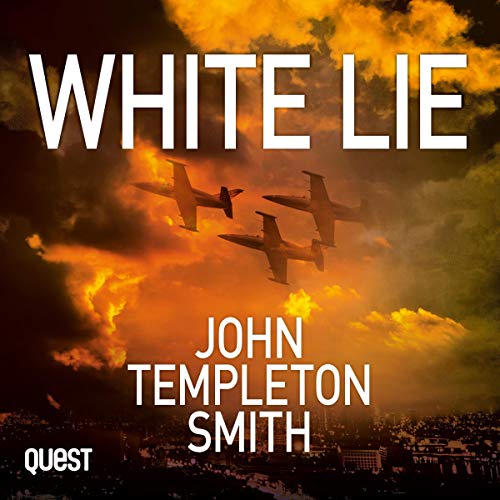 By: John Templeton Smith
Narrated by: Malk Williams
Try for £0.00

Bristling with authenticity and authority, White Lie is military-thriller writing of the highest calibre.

John Winter thought his flying days were over. But when his new life falls victim to dirty, distant war, Winter’s unique skills, honed over years in the military, mean someone’s going to pay. The CIA black-ops wing is only too happy to let a former British combat pilot, SAS man and mercenary with nothing left to lose make sure they do. Sent on a covert, deniable mission to South America, Winter faces a ruthless and powerful enemy. Success or failure will come down to his ability to lead a rag-tag air force from the cockpit of a lethal but battleworn British jet fighter: the English Electric Lightning F6.

What listeners say about White Lie

A fantastic book and performed just brilliantly. It’s fast paced and action packed. The characters have real depth and I made an instant connection with them. If you are a fan of Tom Clancy or Mike Lunnon-Wood you will love this. I will be recommending this to all my friends!

Once it got started, it was a pleasure to listen to. If you have flying and soldiering in your past, and a good sense of right and wrong, you're going to love this one.

The author has written a great novel!

The author has written a fantastic novel, full of intrigue and suspense! The narration is superb, bringing the characters to life!