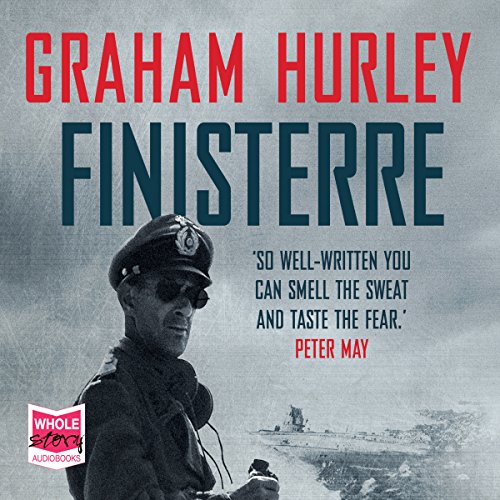 By: Graham Hurley
Narrated by: Roger Davis
Try for £0.00

October, 1944: For the 1000 Year Reich, time is running out. Desperate to avoid the humiliation of unconditional surrender, German intelligence launch Operation Finisterre: a last-ditch plan to enable Hitler to deny the savage logic of a war on two fronts.

Success depends on two individuals: Stefan Portisch, a German naval officer washed ashore after the loss of his U-boat and Hector Gomez, who was planted at the American atomic bomb complex. Both men will find themselves fighting for survival as Operation Finisterre plays itself out.

What listeners say about Finisterre

I love how some authors take history and twist it... just slightly. Its an interesting concept and can lead to many many various takes on historical truth. I really enjoyed this book and will follow up with Graham Hurley's next novel in the series. Good listen.