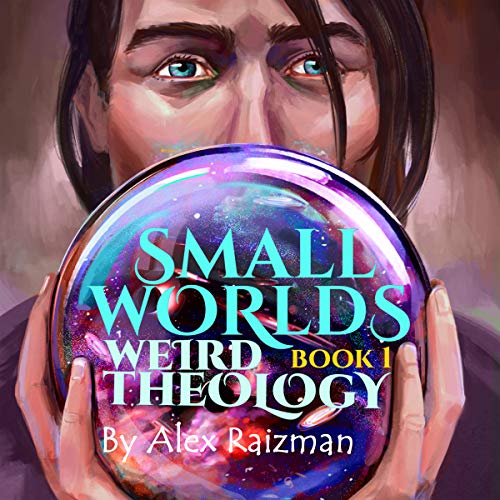 By: Alex Raizman
Narrated by: Brandon McKernan
Try for £0.00

The end of the world is non-negotiable. How it happens is still up in the air.

Ryan Smith was a boring guy. The only remotely interesting thing about him was the man in a suit that no one else could see. Always watching, always taking notes. Why? Because it's Ryan's job to supervise the end of the world. As the newly appointed guardian of a nanoverse, an object that gives him the power of a god, it's up to Ryan to try and save humanity, even though he can't save the world. Shockingly, not everyone is on board with the end of the world, especially Enki, a villain so terrible he...wants to save the world.

At least things have stopped being boring.

Now Ryan finds himself in a fast paced adventure, caught in the power struggle between gods as he is forced to battle for his life against forces he can barely comprehend. A high octane battle between good and evil, where the heroes' best hope is a kinder, gentler Armageddon.

What listeners say about Weird Theology

“I was voluntarily provided this free review copy audiobook by the author, narrator, or publisher.”

Quirky but well thought out world centered on gods

First off, Brandon McKenran did a fantastic job narrating! The voices for each character are distinct and recognizable and he does a good job on the female voices. I will be checking out his other works. There is a synopsis above, so I won't bother with that, but rather with what the story does right. The main character is likeable, but far from infallible. He is learning his new powers and makes mistakes that have large consequences. The other characters are more mature (by millenium), but have checkered pasts revealed over the course of the story that demonstrates they all have dealt with monumental struggles. Some grew from it and some went mad.

My favorite parts were how their magic worked in our world and how that affected their microverses. There is an overall story arc that will go through the series that was not concluded in this book, but this book had a very definite story arc of it's own and did not end in a cliffhanger. It was fun, funny and had some real thought put into the world. I look forward to book 2!

The second chapter played twice in a s row (showing up as two chapters) and there were some skips or strange edits in a few places. Replaying the sections caused the same issues, so not sure if my download wasn't perfect or if it's issues with the master recording.

I received this book free for an unbiased review. So far I've picked good ones :) Listen to the samples, read the synopsis and check any reviews that are out and you too won't waste your time on free listens that make you wish you'd paid for something better :)

Great creativity in the world building, but this was really the only the draw to the book. The theology and sociology behind the plot was... naive, I guess is the best word. I also was not that keen on the actual story, which never actually got around to anything to do with ending the world in an orderly fashion. The author is saving this for the sequel, but I won't be bothering with it. Hopefully he will work on the sequel to the Dinosaur Dungeon book first. In short, it wasn't bad but not nearly as good as it could have been.

I wasn't at all sure what to expect from this book. But I have to say I was pleasantly surprised! I loved it! I devoured it very quickly and found myself disappointed when it was over. But, I think I'm a new fan of Alex and I will be ordering the next book in the series right away!

This story is well written and the characters are delightful! I can't wait to find out what happens to them next!

absolutely loved this one

So, this was a crazy and quirkily entertaining book. I found the premise VERY interesting. There is lots of action and armageddon goodness. The narration is well done, too. All in all, this is a great book that I would highly recommend.

Such an interesting listen

I loved this listen from start to finish! It hit on all levels. The narration was stellar. The main character was extremely likable, albeit a reluctant god. The requisite bad guy was exponentially icky. There was a clear good versus evil component. Throw in some Greek and Egyptian mythology, nano-verses, math, science, zombies and the underworld, and you've got a party.

I loved how it ended and look forward to book two!