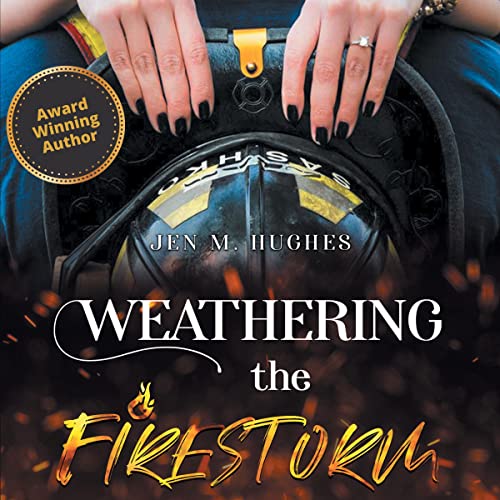 The fire gained momentum as howling winds and sheets of red-hot embers barreled up the vertical canyon. Noah's heart thumped wildly. His mind raced as he scanned for any open space to deploy his fire shelter. Finding a slight depression on the forest floor, he yanked his shelter out of the pack and wrestled inside...waiting.

As fire season rages, another storm brews. Ashley Smith, a busy mom and NICU nurse struggles. Her firefighter husband, Noah, is gone for sudden lengthy stretches during fire season. His dangerous job, the unbearable stress it creates, and their increased time apart, tears at the foundation of their relationship. An unexpected encounter with a former flame causes Ashley to face both her own flawed self-identity and what is truth. Forced to her knees before God, she must learn who she is, if she's to keep her marriage from crumbling. Will their love weather the firestorm?

What listeners say about Weathering the Firestorm