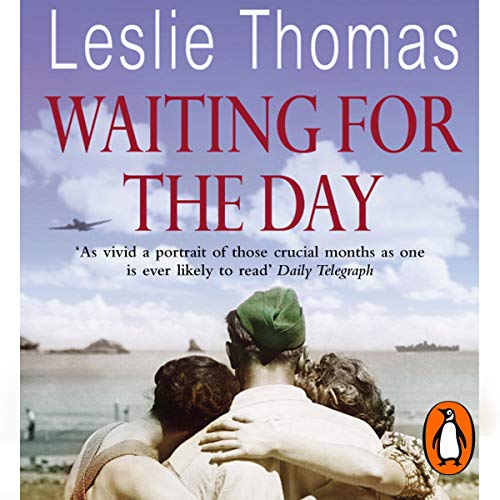 Waiting for the Day

By: Leslie Thomas
Narrated by: Michael Tudor Barnes
Try for £0.00

It is mid-winter, 1943. Britain is gripped by intense cold and in the darkest days of the war. There is no escape from the conflict - it has snaked into every part of everyone's lives.

RAF officer Paget is heading home for Christmas on a train slowly dragging itself west, laden with the tanks and guns that will be taken across the Channel when the invasion begins. Sergeant Harris sits in a freezing hut on Salisbury Plain, wishing he can stop teaching green troops and see some real action. In the requisitioned Grange, Lieutenant Miller doesn't know how to celebrate Christmas so far away from his home in the United States; he wonders how the liberation plans afoot can ever succeed.

Each one is heading inexorably towards the beaches of France, where the great battle will begin and every man's fate be decided.

What listeners say about Waiting for the Day

A refreshingly honest and down to earth story which captured the realities of the period rather than through rose coloured spectacles which so many war time tales do. Some great dark humour too which made me laugh out loud. I enjoyed it very much and it was narrated by the marvellous MTB who could bring the instructions for a washing machine to life. The accents were really top notch. A great listen.