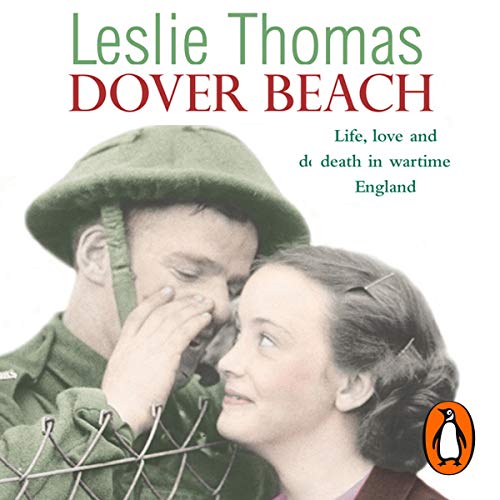 By: Leslie Thomas
Narrated by: Peter Wickham
Try for £0.00

Summer 1940. The evacuation of Dunkirk proves that the British can rise to a challenge, even under seemingly insurmountable odds.

But now the soldiers, weary and defeated, wander the streets of Dover, conscious that over the channel and above them in the skies, the might of the German war machine comes ever closer.

But life must go on, and people must take comfort where they find it. Toby Hendry, a fighter pilot, is awaiting orders when he meets Giselle, a young Frenchwoman who took the chance to flee occupied France with the English troops. Their love affair feels like a summer idyll, but can it withstand the forces of war?

Meanwhile, reserve naval commander Paul Instow has been called up to fight in a war for which he feels too old. Distracting him from his worries is Molly, a young Dover prostitute. Their relationship is tender and happy, but is this a love born from desperation or something more permanent?

And then there are Harold, Spot and Boots, three boys desperate to fight the German invaders, armed only with catapults and a stolen bren gun….

In Dover Beach Thomas chronicles the lives and loves of ordinary people in besieged Britain during these tense, but curiously elated days.

What listeners say about Dover Beach

Leslie Thomas books are usually a first class read or listen. It’s a pity more of them are not available on audible. ‘The Adventures of Goodnight and Loving’ is a wonderful book. The narration of this book however is irritating, and totally spoilt my enjoyment of it. Every time Peter Wickham changed his voice to that of a character he made them sound like children. What a shame !!!

A cautionary tale about being in Dover during WW2

Amazingly evocative account of life in a front line town in England during first years of World War two.
We live with these protagonists, share their humour, their concerns,their terror, their lives and loves

Brilliant, engaging and tear-jerking at times

Well-narrated story set in early wartime Dover. Laugh-out-loud moments interspersed with some real tear-jerkers, this story gives a rare and witty insight into day-to-day life in early wartime England away from the myths.