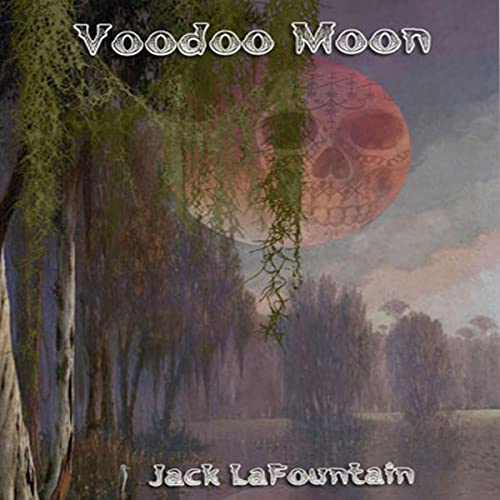 By: Jack LaFountain
Narrated by: Cameron Buckner
Try for £0.00

The bill has come due for Magic Mike’s death, and Ed Landry has to pay up—the voodoo queen of New Orleans insists on it. Jazz Ledoux arrives in Oklahoma with the message: Get home. Christy’s been kidnapped.

On the road back to Louisiana, Landry falls under the power of a spell that carries him to Lockett in visions. Friends and enemies alike take on new shapes as Landry is forced into a showdown on the bayou. This fight for his life will leave him bloodied.

Don’t miss this third book in the Ed Landry series.

What listeners say about Voodoo Moon

Good story & Cameron Buckner telling it is awesome! If you could throw some Jesus in with all the voodoo it would be perfect.

Loved the characters and locations descriptions.
Cameron did an amazing job narrating. Keep them coming Jack.

Expertly read! Great job Cam Not one of Jack's best efforts. Confusing and hard to follow. I had to go back and revisit where I had been, as I kept getting list. Characters changed and didn't follow the parameters set up for them in earlier books. I am sorry to say that I was disappointed.