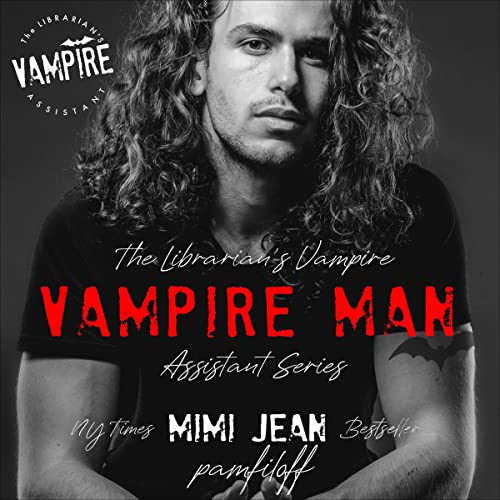 By: Mimi Jean Pamfiloff
Narrated by: Sean Posvistak
Try for £0.00

Can this evil vampire change his ways?

Just a few short years ago, a medical miracle turned this ancient, evil vampire into a human baby. Just a small setback in Mr. Nice’s plans for world domination, right?

Wrong. Because now a slight problem with the transformation has left him aging five times faster than a regular human.

Sure, he’s happier and stronger than he ever was in his past human life (these vitamins do wonders!), but if he wants to live, he’ll have to find a vampire willing to turn him. Fast!

Of course, none of them are crazy enough to do it. Not after the hell he put the vampire world through, including the vampire king.

“Will no one give me a second chance? I’m only a little bit evil now!”

Then, just when all hope is lost, he walks into a library and meets the new head librarian. She might be the only vampire on the planet who has no clue who he is.

Can he convince her he’s a good man, one who deserves to live forever? Because she’ll only turn the man who’s destined to be her mate.

What listeners say about Vampire Man

All the stars for this one

I have this ebook, and I grabbed the audiobook as soon as it became available. The story is full of twists and irony, emotional moments and hilarious insanity. The narrator had kept up with the crazy in the previous books, but I knew this one was going to require an amazing amount of insightful acting because the hero undergoes a huge transformation. Posvistak did it perfectly. He nailed all of the complexity and humor. It is all the more impressive because he made it sound natural. I know I will be listening to this one over and over.
As for the story itself, it is incredible. Pamfiloff took a dedicated villain and made him a sympathetic hero. His transformation got me choked with emotion a few times in between the laughing fits. This is one crazy book with surprises right and left. I don't want to spoil any of those, so I will just say that I was completely satisfied with the ending. I got to see characters that I cared about get their resolutions in ways that were sensible and surprising at the same time. It is my favorite of the series.