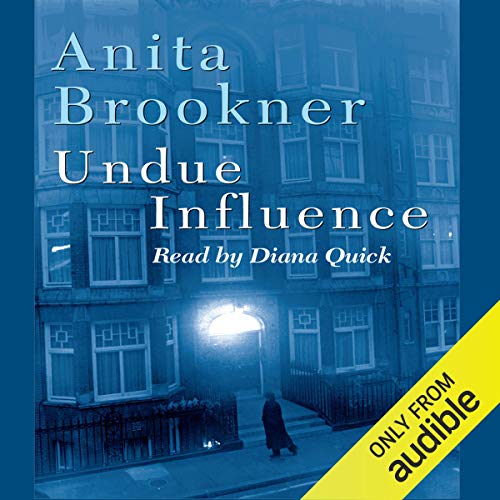 By: Anita Brookner
Narrated by: Diana Quick
Try for £0.00

Enigmatic Claire is 30 and lives alone. When she meets Martin Gibson, a faded scholar, she becomes inordinately interested. She is even more interested when she meets his wife, a far more spectacular personality. But the unexpected news of this woman's death releases emotions that were not entirely foreseen.

Anita Brookner was born in South London in 1928, the daughter of a Polish immigrant family. She trained as an art historian and worked at the Courtauld Institute of Art until her retirement in 1988. She published her first novel, A Start in Life, in 1981 and her 24th, Strangers, in 2009. As well as fiction, Anita Brookner has published a number of volumes of art criticism.

"All of Brookner's novels are great, but this is one of the best.... Brookner, though acclaimed, deserves more excitement, more rapture from us. Hotel du Lac and the Booker Prize were a long time ago, and it's not her fault if she has bloomed equally brightly every year without fail. I think we're taking her for granted if we don't jump up and celebrate this book right now." (Julie Myerson, Independent on Sunday)
"Her technique as a novelist is so sure and so quietly commanding." (Hilary Mantel, Guardian)
"She is one of the great writers of contemporary fiction." (Literary Review)

What listeners say about Undue Influence

Like many of Brookner's novels, this one is about a woman struggling to recover from her relationship with a selfish and demanding mother. There's a best friend, a job at a bookstore, a few deaths, lots of walking in the park and coffee, and a relationship with a man that is important but passionless.

The book offers the listener hours of impeccably crafted sentences (although the word "anodyne" --a favorite of Brookner--appears a few too many times) and beautifully shrewd, unsparing insights into characters' behavior and psychologies. The climax of the novel revolves around a dream, something I found disappointing. But if you're reading for plot, you would never pick up Brookner to begin with. I found the beginning and end slow, the middle fantastic and gripping. Brookner has a singular talent for imbuing minor events and dull routine with psychological peril. It's the fifteenth novel of hers I've read. I'm a devoted fan and in awe of her large and peculiar oeuvre, even if some of her books disappoint around the edges.

Diana Quick has a gorgeous voice and is an actress of exceptional restraint and power. She's best known for her star turn in Brideshead Revisited back in the early 1980's. Her tone is rich, and she communicates intelligence and (appropriately) traces of melancholy and regret. On the other hand, her voice is that of a mature woman (she's in her late 60's) and Claire, the first-person narrator, is a smart but somewhat immature 29-year-old. In that sense, I found her an odd choice as performer for this particular novel.