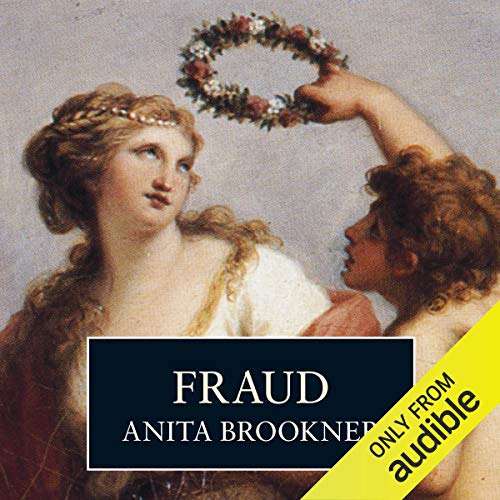 By: Anita Brookner
Narrated by: Anna Massey
Try for £0.00

When Anna Durrant is reported missing, her friends seem unconcerned at her disappearance. After all, her life has been one of concealment.

For years Anna submitted to the protective dependence of her mother, and even after Amy Durrant’s death she simply conformed to the expectations of others.

Increasingly, Anna feels herself trapped by these expectations. Only by drawing on extraordinary strength and determination can Anna break away and enjoy her freedom, finally taking charge of her own destiny.

What listeners say about Fraud

What a long time to reach a conclusion but once arrived at the end was hopeful. One of Brookner's themes is, women must, if to be happy, find out who they really are. This is very evident in Fraud.
Men in this story are fraudulent towards women, wanting them for entertainment, for succour and, of course, for sex and money.
Some women like Anna, the protagonist, is not prepared to accept these demands and her life seems pointless, empty and sad.
However, she eventually finds her own way, though the journey is difficult and cheerless to hear.
In the hands of a lesser writer, this would be a cheerless tale. But Brookner spins a delicate and heart tugging narrative that entrapped this listener almost completely.

The doctor was appealing: fictional doctors often are. He was a cut above the usual healer of romantic fiction for doing the wrong things, where emotional entanglements were concerned because he did not have sufficient strength of character to see his decisions for what they were until it was too late.
Anna was elusive, puzzling but ultimately strong and clear in my imagination. A fine heroine indeed.

Everything. Ever single word she speaks, sparkles. She inhabits the narrative and gives voice to each character in a way which is quite unique.

Almost. I heard it over three sittings rather than one because, at a length of seven hours, one sitting would be impractical. Also it was nice to save the hours spent listening as an evening treat.

I love this novel and the narration was perfect. It is my favourite Brookner because there is a hopeful ending and the heroine breaks free.

Another good "read" from Anita Brookner

I can't say that any of the characters in this novel are really likeable, however, despite this I enjoyed listening to the tale of Anna Durrent's life.
The late Anna Massey's narration is very good, although a couple of the characters sounded very similar.
It's an interesting take on the life of a woman held down by looking after her mother and only finding he feet upon her mother's demise.
Skillfully written and well observed. Probably a book that I will listen to again.

It's hard to describe the appeal of Anita Brookner's novels. They're all similar in tone. They have similar themes, characters, and pacing. They tend to be heavy on exposition and the fine dissection of tiny moments. They focus on people with lonely and often uneventful, disappointed lives. And yet, I find them riveting. I especially enjoy listening to them. Brookner's sentences are perfectly balanced, gently ironic, and wryly amusing. Every moment sheds light and insight into some corner of the human psyche. They're small novels about tiny worlds that have a big impact,

This one is outstanding. A cast of icy, unhappy people whose minor errors and small disappointments are somehow important.

Anna Massey could read a microbiology textbook and make it entertaining. I love her terse, clipped voice, which is somehow perfect for these characters. It's a brilliant performance.

Great novel but slightly unsatisfactory at the end.
The reader, Anna Massey, is phenomenal and I hope to buy more books read by her.
"Fraud" is a far better book than "Falling Slowly," but much like the latter also "Fraud" fails to provide a clear sense of why the characters are who they are and do what they do (not to mention, "where will they end up" with the selves they have created for themselves).
It is a pleasant listen but not memorable literature.
Nonetheless, I'd recommend it.

Fraud is the first novel by Brookner that I have listen to, and I am so looking forward to many more. She is one of the greatest prose stylists. Every sentence is a delight – wonderfully nuanced, perfect rhythm, perfect pitch, perfect diction and phrasing. And each paragraph carries a world of insight into the lives of her characters – their vanities, their loneliness, their meanness, their generosity.

Where is She Now?

[rating = A-]
A wonder of poetic prose and gentle thought. Anita Brookner takes aim at frauds and those who pretend. One should always be themselves for everyone else is already taken! Anna lives alone, used to take care of her mother, and she is also used to being meek and subjective. She is pure, in a literal sense and she feels restless. Aunt Vera, who is not really Anna's aunt is patient with her, but finds her odd, for she is not married and she is so tiresome. Mr. Halliday is the doctor who filters through the pages, sometimes reminiscing and at others, he is checking-up on some patient, one or the other. The reader gets the background through short passages put sparingly, but that is not to say that one does not understand them. They are moments when the I felt happy and joyous at the simple life and daily routine with which these characters live. Albeit the story is slow, it is interesting to try to figure out the eventual ending, which is very rueful and gives a feeling of waywardness. Very abrupt, but if the story were to continue, well, it might have been just too boring and not that excitable mocking tone that kept you reading. Superbly and avidly written with a cautious mind, a hand with a firm grasp on the pen.