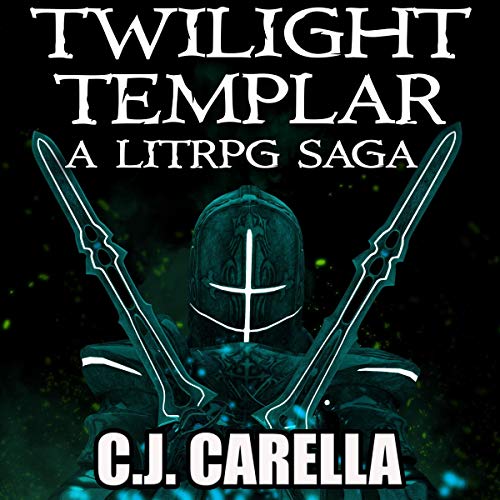 A game of life and death

(Warning: Contains violence as well as adult situations and language)

Ben sat down to play a brand-new MMORPG, Eternal Journey Online. Next thing he knew, he had been transformed into his character, first-level Paladin Hawke Lightseeker, and found himself in a corpse-filled cavern complex crawling with monsters and undead. Armed with a sentient sword, Hawke must learn the rules of a reality where magic and power-leveling are as real as swords and knives, and where you only get a limited number of respawns before you die for good.

Follow Hawke as he explores the mysterious Common Realm, meets new friends and foes, battles to survive, and learns more about his growing power and inner strength.

Note to LitRPG Fans: This novel concentrates primarily on action-adventure, with a focus on power-leveling and learning new magic and class subsystems. Future novels will deal with town and stronghold management. There is also a harem-lite subplot that plays a part in the story without detracting from it.

What listeners say about Twilight Templar

The only redeeming quality of this meh book is that the voice actor's rendition of a seductive female sounds like a 60 year old life long smoker. It's hilarious, but also equally disturbing. The sex scenes are also random to the point of being annoying, and so poorly written that they completely throw off the feel of the story. The story isn't great to begin with, but with the added lounge smoker voice, while hilarious, the hell spasms that your brain releases make this book not pleasant to listen to. You already have to speed the book up, since the guy talks so slow you may as well be treading through knee high mud. If you have absolutely nothing else at all to listen to, maybe give it a go. Avoid otherwise.

Breaking this into 2 sections, I'll start with non-spoiler stuff.

The world building is nothing new, dude gets pulled into a game world, gets spells and Mana and hp etc. Done in an amusing way but otherwise fairly basic.

The mc is a plumber, fairly successful at his job, somewhat successful with women, nothing special overall.

The writing is competent mechanically, fights flow well, dialogue is mostly believable, nothing jumped out as "bad" or really interrupted the story.

The narration was competent mechanically, it was easy to understand, there where different voices for different people, certain races had a stereotypical but well done accent etc. The narration wasn't special, but it was perfectly serviceable and frankly that's what I want from narration, competence that doesn't compete with the actual story.

Overall an enjoyable if somewhat generic game-lit story, probably worth 4.5 stars if that was possible, closer to 4 so 4 it gets.

The harem subplot is shoehorned in, and feels fairly unnatural. The usual "different world different rules" ploy is in effect there, but the women are too perfectly accepting of the whole thing (and already trying to add more women by the end).

The main character is also more or less too perfect, everybody likes him on sight (except the designated enemies), all the women wanna bang him (and/or join his harem) and he is just the all around awesome dude that everybody wants to be friends with.

He makes a few obvious and easily fixed mistakes, and then nothing...

Overall a slightly less perfect MC and no harem subplot (or at least, a much slower and more natural one) would have greatly improved the story.

This story started off strong but got weak fast

This story started off strong, but got weak and strange really fast. I feel like this book must have been written over the course of month/ years then finished in a rush. The story started off strong with a likeable main character and a cool class concept, then things start coming off the rails and the main character turns into a mary sue, The guy within a week of being in the world gains the favor of 4 goddesses on both the light and dark sides of a pantheon, a legendary epic scaling sword, and a totally unique class that basically lets him be a ninja/ paladin/ spellcaster murder machine. I really liked the first half of the book then it was none stop eye rolling at the plot armor this main character is given.

Also I love the ladies just at much as the next guy, but the second I hear sister wife or any of the harom crap it just makes the story drag. As a sidebar the main character does all kinds of random blue pill actions when it comes to any women in the story.

The story had promise but the author let it fall apart.

great story , likable characters but the narrator is very monotone and he mispronounced words and names repeatedly

the narrator needs a female co-narrator for this book, when ever he does a female voice its just gross. so the hole harem thing is this book feels off like there was some things that didn't fall in place to happen are left out. ill most likely return this for my credit.

Enjoyable Read with a good combination of action, story, and A+ World Building.

Main Character
- It's so refreshing to have a realistic, regular guy in a story, “Ben” who is a plumber and plays video games on week nights, and dates on Weekends become a hero in a way that makes sense! Ben is transformed into a character he created for a mmorpg (massive multiplayer online role playing game), Hawke, a Paladin. The story flows nicely. I am so tired of the “I was training for the Olympics character, and I have 10 PhD's...” MacGyver type character. Or there are so many details, you get bored reading.

Good Premise
- Think Rapture of the Video Geeks. 60,000 Video Gamers from Earth are sent into another world and are transformed into the characters they were playing, in a world / reality, where Magic works and has game like characteristics. The mention of an alien singularity is intriguing, and a great explanation on how you can create a world that is game based. Are we all living in a simulation? Hmm...

Violence
- It's a D&D type world where you gain experience by killing monsters, and you get some of their experience. The level of violence made sense for this type of story. It's basically fight evil, kill them, gain experience. And evil is attracted to you because they want your experience. It was refreshing to have a story with monsters and evil types that deserve to be killed.

Character Skills
- The author had Logical Way that a character receives their basic Skills (using a sword is not a common skill in our modern world) to survive in D&D Type World. Great world building, where the person moved from Earth, now is the character they created, with their knowledge, skills, and ability. There is a lot of knowledge that is implanted in our every man, so he knows how to use a sword, wear armor, use spells, etc. This is a great way to solve the issues of being transported to a D&D type world, and having the skills necessary for an interesting story. The question is how much of a person is the character they now live, verses their original Earth Personality. Fake it to you make it takes on new meaning. And in this world, character levels exist, and you can move up.

Lit RPG
This is my first Lit RPG book. It’s a Literary Role Playing Game, is a genre I had never hear of before this book. It is new to the US, but huge in Russia and Japan. It’s a step up from the old D&D based book series like Dragonlance I read in high school. For me, this is perhaps his best work yet, and I am a huge fan of his 8 book Warp Marine Series that combines Mil Sci Fi with Ancient Evils.

Gaming Knowledge:
Minimal Needed - Twilight Templar is a great read for any fantasy fan, even if you never played a role playing game. I found the book, as somebody that has not done gaming in a long time, a fun read, that was not too jargon filled.

Sex
Neutral - It's a minor plot point, and I thought it added to the book with whom the second wife is. The book mentioned in passing the world allows all sorts of different types of relationships. I can understand other reviewers thinking this was not needed.

Improvement Areas:
1. Glossary of terms
2. More background on the main character in the book. I’m biased having worked around a couple of plumbers, and the good ones are AMAZING! They have a huge amount of knowledge / skills including people, technical, and hands on. Good plumbers are incredibly valuable and hard to find.

characters are unique and unpredictable. the story keeps you interested and on the edge of your seat!!
litrpg elements are soft only thing I would change is to have more crafting or more about arcane blacksmithing

My kingdom for a competent MC

The general premise is something I want to get into. There is a lot of potential in this story line. The issue I am having is that the MC doesn't have any qualities that set him apart from other characters in the beginning who are dead around him on the floor. He isn't strategically gifted and he is impulsive to the point of idiocy. Observant and willing to listen? Nope, brash and unable to control what the system has him say when he is making promise after promise without details. This makes the MC feel like he is along for the ride and not impacting the story through good decision making. I want to give it more stars, but that is what is holding me back.
There are some positives, but it is more for an audio book junky like me who is searching for content. Nothing sets it apart form other similar books in the genre.

Weak main character, both in mind and body. Also lacks maturity, thus he died multiple times when he did not need to. Otherwise I would have given the book full stars.

couldnt put it down!

honestly cant wait to read the next one as well! honestly, a fan of the authors work from gaming, so was curios as to what a book series from them would look like, and was NOT disappointed! if you like gaming, and fantasy, check it out here.