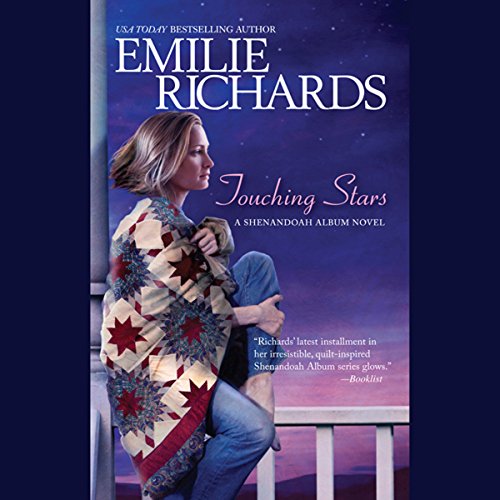 By: Emilie Richards
Narrated by: Isabel Keating
Try for £0.00

Gayle Fortman has built a good life for herself and her three sons as an innkeeper in Virginia's Shenandoah Valley. She has even maintained a cordial relationship with her ex, charismatic broadcast journalist Eric Fortman, covering with the boys for his absences and broken promises. Luckily Travis Allen, her closest neighbor, has been a loving surrogate father to the boys and her own best friend. Then, on the eve of oldest son Jared's graduation, Eric returns, having nearly lost his life in Afghanistan. Worse, he has lost his way and his courage, and needs a place to recover. Gayle realizes this might be the last chance for her sons to establish a real bond with their father, and offers him a summer at the inn and a chance to put things right. Gayle and Eric are all too aware that their onetime love and attraction are still there. But can the pieces of their broken lives be mended, or are they better laid to rest?

What listeners say about Touching Stars

Not my favorite but still good.

It wasn't my favorite book in the series. The historical story of John Wilkes Booth had me more engaged than the manage et toi between exhusband and professor. But for a chance to get back with my favorite characters from this series I still loved it.
That said I do spend a lot of time listening to audible books and I love this narrators accents, childrens, adults and teen voices it was a good performance.

This is book 2 in the shen valley series...not a trilogy do ok to read out of order. I really enjoy how the author is able to tell two stories at the same time. The narrator is great with different character voices

This was the fourth book in this series and I have LOVED each and every one!! I am about to begging the next book and I can not wait!!

This series complements the previous and future books and, while familiar favorite show up throughout the series, there is so much of the history of the Shenandoah region of VA...and there has been a sweet love story in each book....BUT, not overly "mushy" 😉.