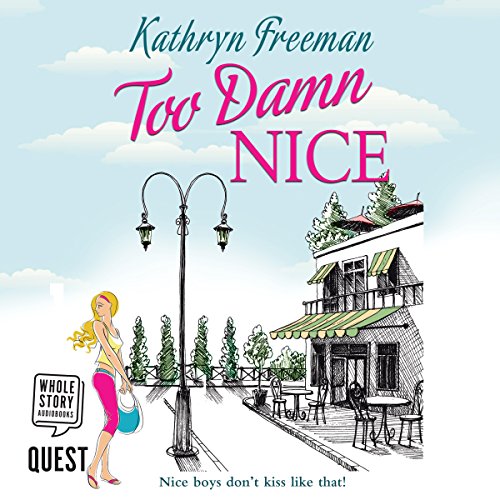 By: Kathryn Freeman
Narrated by: Penny Scott Andrews
Try for £0.00

For fans of Bridget Jones, Katie Fforde and Carole Matthews. Sit back and escape with this fabulous listen.

Do nice guys stand a chance?

Lizzie Donavue went from being the sister of his best friend to the girl Nick Templeton most wants to kiss. On her birthday, he finally summons up the courage to make his move. But it looks like Nick’s missed his chance when he discovers that Lizzie has been offered a modelling contract, which will take her away to the glamorous fashion scenes of New York and Los Angeles.

Nick is forced to watch as the gawky teenager he knew is transformed into Elizabeth Donavue: top model and ultimate English rose pinup, forever caught in a whirlwind of celebrity parties with the next up-and-coming Hollywood bad boy by her side.

But then Lizzie’s star-studded life comes crashing down around her, and a guy like Nick could be just what she needs. Will she take a chance on him? Or is he just too damn nice?

What listeners say about Too Damn Nice

Oh I was so darn frustrated that two main characters didn't just talk to one another! It was enjoyable story but I just kept shouting for peek sake tell one another how you feel! I felt the narrator didn't show much emotion telling the story.

Fantastic read, I loved it. It made me laugh and cry, sometimes at the same time. couldn't stop listening