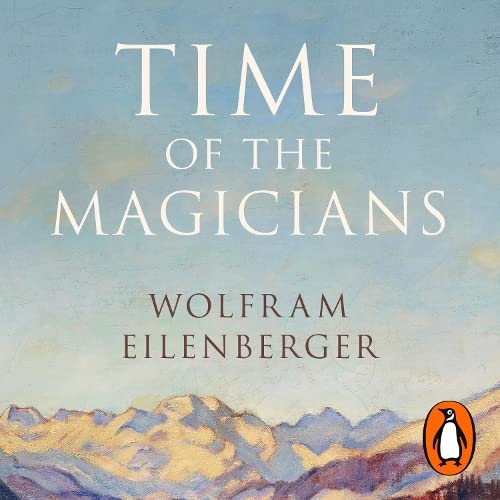 Time of the Magicians

By: Wolfram Eilenberger
Narrated by: Rhett Samuel Price
Try for £0.00

The year is 1919. Walter Benjamin flees his overbearing father to scrape a living as a jobbing critic. Ludwig Wittgenstein signs away his inheritance to teach schoolchildren in a provincial Austrian village, seeking spiritual clarity. Martin Heidegger renounces his faith and aligns his fortunes with the phenomenological school of Edmund Husserl. Ernst Cassirer sketches a new schema of human culture at the back of a cramped Berlin tram.

The stage is set for a great intellectual drama, which will unfold over the next decade. The lives and thought of this quartet will converge and intertwine as each gains world historical significance, between them remaking philosophy.

Time of the Magicians tells the story of this revolution in Western thought through the remarkable and turbulent lives of its four protagonists, showing philosophy not gifted from on high but worked out in the mess of everyday life and illuminating their ideas with rare clarity.

What listeners say about Time of the Magicians

the narrator cannot speak English correctly, French pronunciation is pitiful and should be locked up for the way he mangled German. It's hard to believe that a serious organization would employ this person as a narrator. Probably he is a very erudite scholar and a good person but not a narrator. An excellent book destroyed