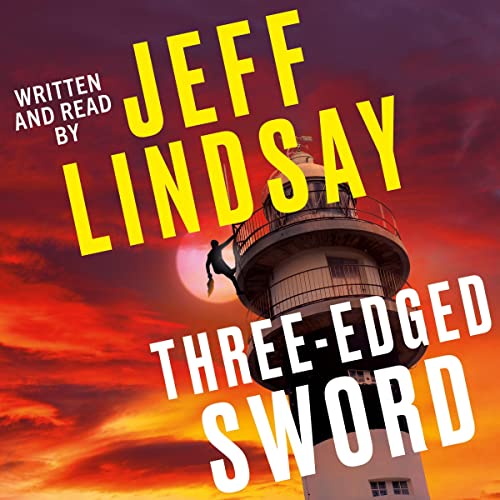 Wickedly funny. Wildly twisty. From the master of the heist novel.

Super thief Riley Wolfe can do it all. He is a master of disguise, can scale a wall, and can vanish into thin air (thick air, too). He uses these unique talents to rob the richest. But this time, it's the most powerful who have him in their grips.

It's not just that the high-up, rogue government agent has abducted the only two people Riley loves: it's the fact that Riley has to do the man's dirty work to set them free. It's something Riley ordinarily would find a modest day's work, infiltrating a madman's Soviet missile silo in one of the world's most remote places, all to find a secret on a tiny flash drive-but he's never had to race the clock like this.

Sometimes truth can be a three-edged sword.

From its vivid, remote locales to its John Wick-meets-Deadpool dialogue, this gripping heist novel from Jeff Lindsay, author of the Dexter series, is everything: an utterly escapist, must-read novel of espionage, thievery, love and betrayal. It twists, it turns, and keeps everything on the line until the very end. Even for Riley, it looks like this time, the only way out is through.

"A super-thief who leaves no trace." (Andy Garcia)

"An anti-hero for our times." (Sarah Dunn)

What listeners say about Three-Edged Sword