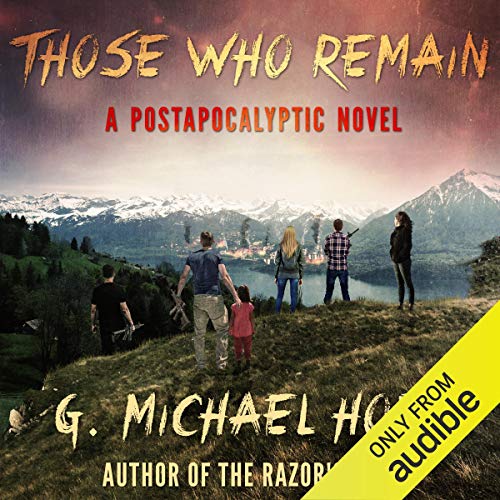 By: G. Michael Hopf
Narrated by: Joseph Morton
Try for £0.00

The war between the Republic of Cascadia and the rogue nation Western Canada is raging.

With support from President Cruz in the United States, Gordon Van Zandt has assembled a formidable army to march north and engage the forces of Western Canada, who have occupied much of the panhandle of Idaho. Gordon must defeat Jacques and his army swiftly, but to do so requires a final decisive battle.

This battle will be do or die for Gordon and his fledgling republic, but is not the only problem Gordon is facing.

With much of his attention focused on Jacques, he must also dedicate time to a political war brewing in McCall and Olympia. There he'll discover his adversary is the most cunning and cut-throat of any enemy he has ever faced on the battlefield.

When it all ends, some who've stood with Gordon will be lost and those who remain pray that their sacrifices will usher in the new world they've been fighting so hard for.

What listeners say about Those Who Remain

this was awesome and as always I couldn't put it down!!! this author never ever let's me down! just done these last 2 books in the series in one month flat.

I listened to this book in one day (and it’s not short). I just had to keep going to find out what would happen next. Although I feel like I know the characters, I love Gordon the most. He does what needs to be done in order for his children to live and grow up safe and free. This series forges connections with the reader; I feel like I’m “there in the thick of things” along with them. This is an excellent series and a must read for any post-apocalyptic fan.

Joseph Morton’s pace and voice just flow so smoothly. He’s a great narrator and really helps you feel like you’re there interacting with the characters. Excellent performance.

To Restructure the Future Requires Sacrifice

Good story authentic with true struggle of character, of life decisions and the consequences of those decisions. As well the price of liberty comes with ultimate commitment and sacrifice.

It was a quick ending

I followed the whole series and was displeased to see it end so quick and so many unanswered questions. Great series up till this short ending…

Amazing ending to an awesome series. The narrator is what I consider a 3 star but the story more than makes up for the short comings there.

Loved the series, didnt feel like the end was true to the character of Gordon.

great book and a great series. I read all 7 books back to back. loved it

Terrible ending to what was a great series

The series started off strong but this ending just felt forced. It was very anti climatic and just seemed like he wanted to cut it off quickly. As I have listened to all these books you can tell just from how short this one was compared to the others.

Fantastic conclusion to an outstanding series, this ended as well as anyone could ever expect