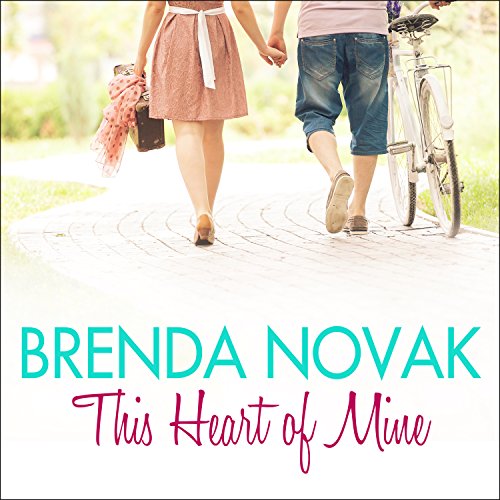 This Heart of Mine

By: Brenda Novak
Narrated by: Carly Robins
Try for £0.00

As the daughter of a hoarder, Phoenix Fuller had a tough childhood. So when the handsome, popular Riley Stinson became her boyfriend in high school, she finally felt as though she had something to be proud of. Phoenix was desperate not to lose him - especially once she found out that she was pregnant. Yes, she might have acted a bit obsessive when he broke up with her. But she did not run down the girl he started dating next. Unfortunately there was no way to prove her innocence. Now, after serving her time in prison, Phoenix has been released. All she wants to do is return to Whiskey Creek and get to know her son. But Jacob's father isn't exactly welcoming. Riley doesn't trust Phoenix, and he doesn't want her in Jacob's life. He is, however, ready to find someone to love. And he wants a good mother for his son. He has no idea that he's about to find both.

" This Heart of Mine is a potently emotional, powerfully life-affirming contemporary romance." ( Booklist starred review)

What listeners say about This Heart of Mine

I absolutely love the Whiskey Creek series and this one did not disappoint! Phoenix is one tough heroine. This book will make you laugh and cry! Riley is an awesome Dad and Jake, their son is an admirable teenage boy who's adorable!

Where does This Heart of Mine rank among all the audiobooks you’ve listened to so far?

I loved this audio book and story. Loved how it kept me intrigued and made me feel.

I loved this second chance at love story. Had a bit angst, but the feels and hope it inspired was very touching.

Which character – as performed by Carly Robins – was your favorite?

Yes! Carly added so much to an already amazing story!

Loved it! Top read for me!

The story could have been cut in half without the constant "woe is me", "I'm not worthy", mantra. It just kept going on & on & ON! Seriously, why do people think this is entertaining? BN has had some great books and I've enjoyed many, but I think her creativity has been tapped out. She is officially in the no-imagination/cookie-cutter/formulaic authors.

I so love the way you tell a story. I have listened to almost all of yours books. I am hooked on you!!!!! I live in Sacramento, so I familiar with the area that you’re talking about..

This Heart of Mine (Whiskey Creek, #8) was a great read by Brenda Novak. Phoenix had a tough childhood with her mother who is a disabled hoarder. She spent the last seventeen years in prison for a murder that she says she didn’t commit. She was seeing Riley in high school and he broke up with her relatively quickly. She found out that she was pregnant and got a bit obsessive with him. The next girl he dated was run down by the car Phoenix was driving and she couldn’t prove her innocence. She was released and wants to do anything to get to know her son, Jacob. Riley doesn’t trust Phoenix but won’t keep her out of Jacob’s life. I really enjoyed reading Phoenix and Jacob’s story and can’t wait to read more by Brenda Novak.

Very good story, had me all the way thru. Very nice plot. Narrator did good job as well

Brenda Novak never disappoints me. I loved this story best of all in the Whiskey Creek series.

Carly Robins hits it put of the park again.

On to the next in the series...

One of the best story lines I've ever listened to.

This story line was incredibly written. The main character's situation was tragic. The author did a great job of writing the story, and the emotion of the two main characters was superb. For the first time ever, I had tears and my compassion was at a soul level. Wow, well done, Ms Novak.

Story great, performance not so much

I enjoyed the series. Just like the rest of the series, this book had me from the beginning. The performer however was distracting to say the least. When performing the thoughts and words of the various characters, she was so over-the-top that it almost made you not like the characters. She tends to be overly emphatic. Probably better in written form.

I always liked Riley and was looking forward to his story in this Whiskey Creek series. Young but true love prevails. Loved Phoenix and and her outlook on life. A good read.