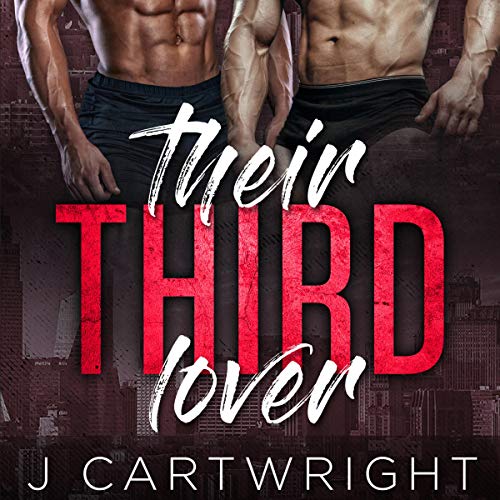 When three friends discover just how much they want each other, there seems only one option to explore...

They've been friends for years, sharing a secret desire for each other that non of them know. Both Jamie and Anna complete each other, but they both know there's something missing - something that neither of them can put their fingers on. That is, until they see Scott for the first time in just over a month.

Seeing him again awakens something in them both, a sudden realization that has them both wondering what it would be like to be with him.

The question is, will they take that first step and admit just how much they both want him?

They're my best friends and the two hottest people I know. Keeping my distance has been hard, but between work and the way I feel about them both, I know it's for the best.

I don't know when I started to feel this way, but it's overpowering - a desire I just can't shift no matter how hard I try. Craving the two people in the world that I can never have is tearing me apart, but I need to keep my emotions to myself or, at least, try my best to keep them locked away deep inside.

It's been far too long since we spent any time together. Scott's work getting in the way of his personal life as always. Both Jamie and I have known him forever as our best friend, but after seeing him again for the first time in over a month, I can't help but shake something from my mind.

Maybe, it's just knowing that my boyfriend is bisexual that has me thinking of the two friends together, or maybe, it's how close the three of us once were, but the desperate need to see them together has really thrown my mind into chaos.

Should I confess how I'm feeling about what I want? I know that I shouldn't, but I can't shift the thought of them from my mind!

Seeing Scott again brought it all back and how much I miss him. He's my best friend and the missing piece of our relationship. I love Anna with all my heart, but Scott always added something to the pair of us.

What it is he added is beyond me, but seeing him again has really got me thinking...

Warning: Their Third Lover Is a hot and steamy MMF romance intended for mature listeners 18 and above. This story contains male-on-male sex and explores the evolving relationship between all three characters and their changing sexuality. HEA ending.

What listeners say about Their Third Lover

Loved listening to the audiobook, the story was well written and the characters were interesting. Jamie and Scott grew up together, Jamie came out and told people his bi-sexual Scott was the only one to stood by Jamie, so their friendship kept growing they even worked for the same place, then a girl came inbetween them and started going out with Jamie.
The narrator was clearly spoken and easy to understand.

Narration made it hard to listen to

It isn't very often that I listen to an audible book and think, I should have read it instead.

It is the case with this one. With only one narrator and there being three main characters, it was sometimes very hard to work out who was talking. Especially since it was never announced. You had to listen carefully and try to work out who it was. While the narrator had given the friend in the relationship a different voice sort of, the other two were very similar.

The story was interesting and intriguing as they go through their feelings and working out whether a relationship with three could work for them. Though at times it seemed more about the two males finding out how they felt about one or another. I thought Anna was bit left out in the beginning.

Worth the credit, not for me. I think if I want to go through the story again I will get the kindle version and read it.

Oh man this book was great. I really felt like I could relate to each character because it was so well written. It had just the right amount of naughty moments without becoming a shut book. I would recommend this book to other like minded people. I did receive this book for free in exchange for a honest review and I do read and review books for audiobooks unleashed.