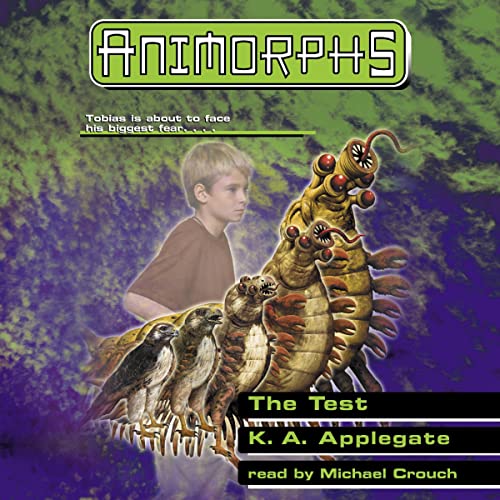 By: Katherine Applegate
Narrated by: Michael Crouch
Try for £0.00

We can't tell you who we are. Or where we live. It's too risky, and we've got to be careful. Really careful. So we don't trust anyone.

Because if they find us...well, we just won't let them find us. The thing you should know is that everyone is in really big trouble.

Tobias's worst nightmare has come back to haunt him—Taylor. Taylor is the evil Yeerk that captured and tortured Tobias, trying to get him to reveal the secrets of the Animorphs. Now she's captured him again—but this time, she wants his help.

Taylor says she's part of a Yeerk rebel movement to overthrow Visser Three. They plan to dig a tunnel and blow up the Yeerk pool, killing a bunch of Controllers and Visser Three. But they can't do it without the "Andalite Bandits."

The Animorphs have their doubts. No one knows if Taylor can be trusted. Or if such a violent approach is warranted. And really, how will they handle morphing the hunger-crazed Taxxons…?

What listeners say about The Test