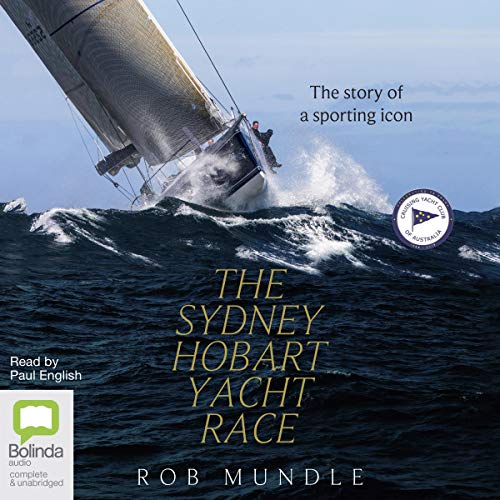 The Sydney Hobart Yacht Race - the story of one of the world's greatest sporting challenges.

The Sydney to Hobart yacht race is one of the world's major sporting events. In 1998, it became one of the world's major sporting disasters. Six sailors tragically perished, and numerous yachts sank or were badly damaged. the subsequent search and rescue operation was one of the most phenomenally accomplished peacetime efforts the world has ever seen. In this fully updated edition to mark the 10th anniversary of the tumultuous race, Rob Mundle, one of Australia's leading journalists and yachtsmen, tells this story of challenge and survival with compassion, vigour and understanding. Drawing from extensive interviews with officials, crews, survivors and rescue service personnel, he relates like no other the calamity and triumph of the 1998 blue water classic.

What listeners say about The Sydney Hobart Yacht Race

A full and complete history of the race. At times it felt more like a recording of results rather than the stories that animate the race. Scant details on the '98 edition, felt glossed over with greater emphasis on lessons learned from the race. As expected for a book commissioned by the SYC

blow by blow account : the history of a yacht race

wasn't the book I thought it was.....looking for the race where a bunch of ships went down in a storm