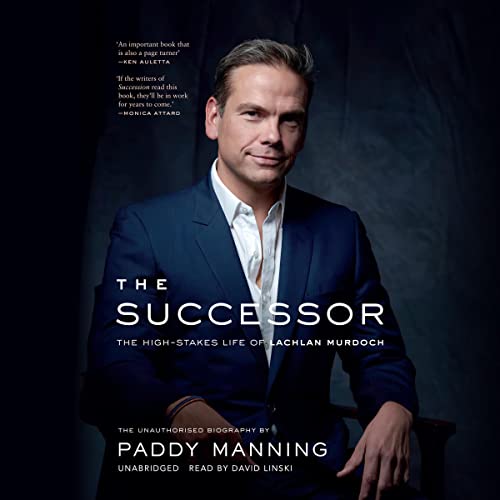 By: Paddy Manning
Narrated by: David Linski
Try for £0.00

The first major biography of Lachlan Murdoch, one of the world’s most powerful and enigmatic people—an epic saga of ruthless power plays and family battles

As heir apparent to the first global media dynasty, Lachlan Murdoch has been waiting to run his father Rupert’s empire all his life. In this riveting first biography of a little-understood but hugely influential figure, acclaimed journalist Paddy Manning asks: Can the dutiful son hang onto the empire, or will the third generation of Murdoch moguls prove the last?

Despite a life in the spotlight, Lachlan’s personality, politics, and business acumen remain obscure. Is he the ultra-conservative ideologue media reports maintain, or a free-thinking libertarian, as some friends suggest?

Drawing on unprecedented access to Lachlan Murdoch’s inner circle, Manning explores Lachlan’s upbringing, his political beliefs, what we can expect from his time at the helm, and whether he has what it takes to chart a future for this century-old company.

This is a book about the good, the bad, and the ugly of the global media world, and about America in the age of Trump and Murdoch. It is a book about power, apprenticeship, and succession.

What listeners say about The Successor