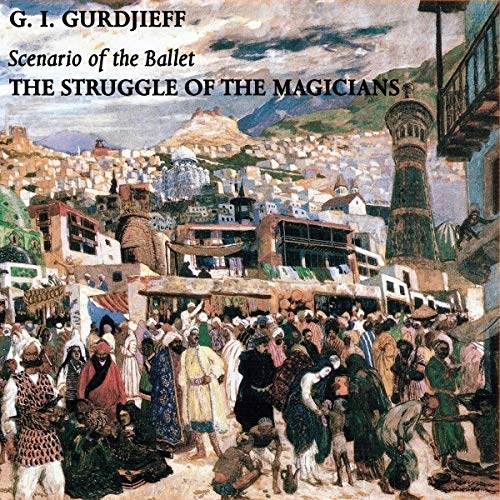 The Struggle of the Magicians

"My ballet is not a mystery," replied Mr. G.

"The purpose of it is to present an interesting and beautiful spectacle. Of course, under the visible forms a certain sense is hidden, but I did not aim at demonstrating or emphasizing it. The chief position in this ballet is occupied by certain dances. I will explain this to you shortly.

Imagine that in studying the laws of movement of the celestial bodies, let us say the planets of the solar system, you have constructed a special mechanism for the vivid representation and recording of these laws. Every planet of this mechanism is represented by a ball of corresponding size and is placed at a strictly determined distance from the central ball which stands for the sun. You set the mechanism in motion and all the balls begin to turn and move in definite ways reproducing in a lifelike manner the laws which rule their movements. This mechanism reminds you of your knowledge. Likewise in the rhythm of certain dances, in strictly determined movements and combinations of the dances, certain laws are vividly recalled. Such dances are called sacred.

During the period of my wanderings in the East, I often saw dances of this kind executed during the performances of sacred services in some of the ancient temples. This spectacle is inaccessible and unknown to Europeans. Some of these dances are reproduced in The Struggle of the Magicians.

Further than this I may tell you that at the basis of The Struggle of the Magicians lie three thoughts, but as I have no hope that they will he understood by the public if I only give the ballet on the stage I call it simply a spectacle." (Gurdjieff's Early Talks 1914-1931, Reflexes of Truth)

What listeners say about The Struggle of the Magicians

We all believe what we want to be true. A colorful description of a time that seems to be lost.