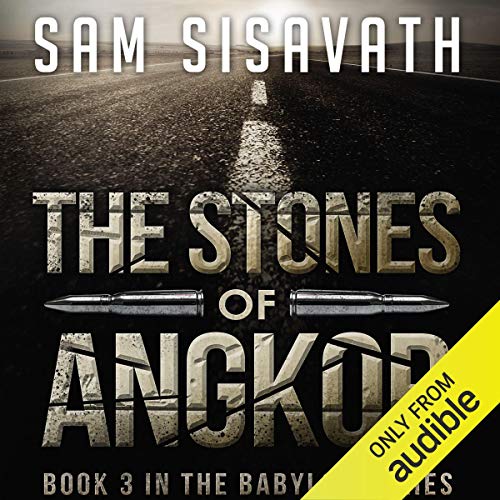 The Stones of Angkor

The war for survival continues.

The fight for Song Island is over. Despite suffering losses, Will and his group have claimed the island as their own and achieved the safe haven they've longed for since The Purge.

Months later, Will makes contact with another group of survivors, and travels to their base in hopes of striking an alliance and gathering much-needed medical supplies. Instead, he finds himself in the middle of another bloody battle.

With Will gone, Lara must take up a leadership position on the island and is immediately confronted with a difficult choice. It's a lot of pressure for a third-year medical student, especially when her decisions may cost lives.

Meanwhile, the ghouls have launched yet another startling new phase of their master plan, forcing Will to venture deep behind enemy lines to collect valuable intelligence. What he discovers will change everything.

Where The Purge begins, and the gates hold, the stones will crumble....

What listeners say about The Stones of Angkor

love love love this series. I just bought book 4. The suspense and thrill of the plot drags me deeper and deeper into the story with every book. AMAZING. Starting book 4..... now.

Where does The Stones of Angkor rank among all the audiobooks you’ve listened to so far?

Sam Sisavath has done an amazing job with this series. The story line keeps you coming back for more. When I am listening to it I can see the story moving along like a movie in my mind. The second time going through the story was no less exciting than the first time.

Audible books are wonderful because you can listen to them anywhere. I listen while I'm at work and it makes the day enjoyable with your favorite characters. Sam's stories actually make me look forward to being at work.

I received this Audible book in return for an honest review. If I had paid for the book my review would have been the same. I had read the book before getting the Audible version. The Purge of Babylon Series is exciting and the character development makes you really care about what happens to them. The performance is excellent. This is my favorite series. Each book is excellent! Try Sam Sisavath's first of the series The Purge of Babylon. You won't be able to put it down and you'll be hooked for the whole series as I was.

Get all 3 books!! The characters are awesome -a very different fantastic take on a zombie apocalypse - In my top 4 series of zombie books ever !! Excellent !!!!

What made the experience of listening to The Stones of Angkor the most enjoyable?

The story is different from the others of this genre. I was intrigued after the first one and patiently .. well not so patiently waiting for the other volumes to be available in audio format and like the first 2, I listened to this one in the span of a weekend and now I am left wanting MORE!

What was one of the most memorable moments of The Stones of Angkor?

To answer this question is to give away a twist that was unexpected.. lets just say - Good job in the twist in the middle!

I am not one of those to say "you should do this or do not do that" when it comes to writing a book. I listen to it and judge it on the whole and not on the parts. I HAVE thoroughly enjoyed listening to this series so far and cannot wait for the rest to be put in audio format. I highly recommend this author and this book !

I love this series!! it's such a treat to read such an exciting well written story.

This one had me on pins and needles!

Awesome writing! Looking forward to Volume 4 !!!!!cant get enough!
All are great books! I'm so hooked!