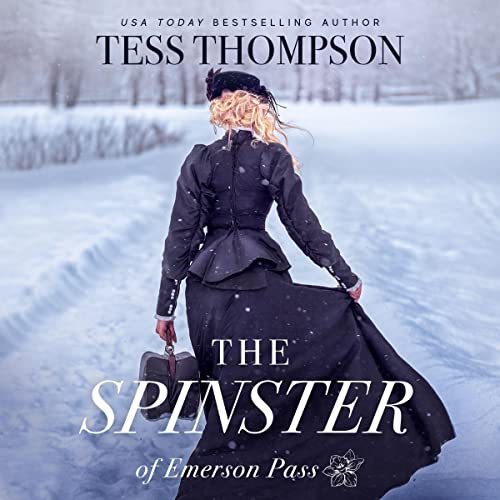 By: Tess Thompson
Narrated by: Shaina Summerville,Brian Holden
Try for £0.00

Her love died on a battlefield. He carries a torch for a woman he’s never met. Can the tragic death of a soldier entwine the souls of two strangers?

Josephine Barnes wrote every day to her beloved fiancé battling in the trenches of the Great War. Devastated when he’s killed in action, she vows never to marry and buries her grief in the construction of the town’s first library. But she’s left breathless when she receives a request from a gracious gentleman to visit and return the letters containing her declarations of desire.

Philip Baker survived the war, but returned home burdened with a distressing secret. Though he knows it’s wrong, he can’t stop reading through the beautiful sentiments left among his slain comrade’s possessions. Plagued by guilt, he’s unable to resist connecting with the extraordinary woman who captured his heart with her words.

When Josephine invites Philip to join her gregarious family for the holidays, she’s torn by her loyalty to a ghost and her growing feelings for the gallant man. And as Philip prepares to risk everything by telling her the truth about her dead fiancé, he fears he could crush Josephine’s blossoming happiness forever.

Will they break free from their painful pasts to embrace a passion meant to be?

The Spinster is the second book in the heartwarming Emerson Pass historical romance series. If you like staunch heroines, emotional backdrops, and sweeping family sagas, then you’ll adore Tess Thompson’s wholesome tale.

What listeners say about The Spinster

Good Christian Offer, She likes to write Collection of booksSet back in the early 1900s I love the author and would recommend it to everybody

This is my third time trying to listen to this audio. I am sorry I just can’t take the breathy voice of this narrator. Everyone even the men had a awww dreamy crying voice. The story has been good and that is the only reason I kept trying. The example they give is not enough to realize her narration makes me cringe.

Loved the characters. Not so sure about the narrators.

The story was exceptional. Loved the characters. Not so sure about the narrators. They had harsh voices. Their changes in voices seemed not natural or fluid. The arrival of a certain male was unforgettable and unsurprisingly dramatic. It brought tears to my eyes. The ending was awe inspiring and loved the happiness of the couple. It was a long time coming. I think with the written word only I would have enjoyed this book more.