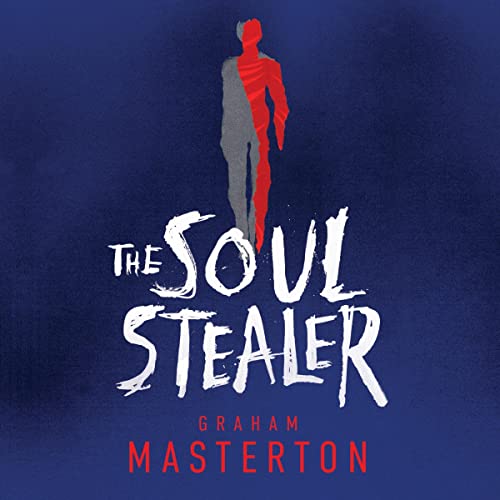 By: Graham Masterton
Narrated by: Lyssa Browne
Try for £0.00

A Native American demon is unearthed in the present day. Original, disturbing and utterly terrifying, this is the new stand-alone from master of horror, and author of The Manitou, Graham Masterton.

Nemo Frisby used to be a detective. Now he drives an Uber between billionaire mansions in California. But he never lost the nose for the case - and when his housecleaner, Trinity Fox, discovers a young woman lying dead in her neighbourhood, she persuades him to help her prove it wasn't suicide.

Their investigation leads them to the Bel Air home of a wealthy movie producer, who built his mansion over a Native American burial site. Ancient mythology tells of a demon who, if unearthed, can imbue evil men with terrible power. But only if the demon is fed by the sacrifice of innocent lives....

Graham Masterton is a true master of his genre, famous for his original, disturbing and utterly terrifying novels. The Soul Stealer will stand alongside The Manitou as one of horror's most chilling explorations of the native magic of the ancients.

"One of the most original and frightening storytellers of our time." (Peter James)

"Suspenseful and tension-filled...all the finesse of a master storyteller." (Guardian)

What listeners say about The Soul Stealer

A brilliant book, really well narrated. a typical Graham Masteton, with its fair share of gore, sex, and violence sp very clever.
not for those with a weak constitution!! it was a great "read" 👍

As is usual from Mr Masterton, this book was a thrilling mix of the supernatural and crime. I haven't found any other author who can blend the two together so well, with characters so accepting of strange paranormal incidents yet reacting in a serious way. For me, it's what makes his books so readable and horror-fying! Although some of his plots are "way out there", they never veer into comedy territory. Which means we get to read about the most outlandish circumstances with characters who react authentically - not in a way a comedy character would (think Shaun of the Dead or Jennifer's Body. Film examples but you get the gist!)
No issue with the narrator either - good reader, not too slow or fast, and doesn't overact. Perfect!

Raping women as a plot device. No thanks.

I returned this book because it's a rape romp fest and relies on abuse and rape of women to further the storyline. Not only that, the young female characters who are getting raped are portrayed as more confused at their plight than terrified--easily manipulated by powerful men who are promising them fame and fortune. It gets better. This doesn't make them horrified, or realize they've walked into a viper nest, but Masterson writes them as "conflicted" and submissive about being raped, and willing to let it happen to make it in Hollywood. What in the actual ?? People who actually know women know that they'd be plotting every moment to try to escape that horror, not dimwitted playthings who downplay bring raped and slowly figure out that they are being held hostage. This book wasn't written in the 60s, even 80s...but now. Its smarmy cliche Hollywood moguls even mention the "Me too" movement and mock it, saying all women know what they have to do to make it in Hollywood. The race stereotype character portrayals are awful too.

Hey Masterson, you know what writing tripe like this makes you? It makes you unoriginal, tired, and wholly outdated. It also makes you a gross, lazy-writing sexist bro-dude. Avoid this book and ones like it so men will stop drum beating this toxic, untrue, and dangerous narrative.

There were so many mispronunciations and distracting accents and insulting accents. If you like racism and sexual assault in C movie packaging, look no further.