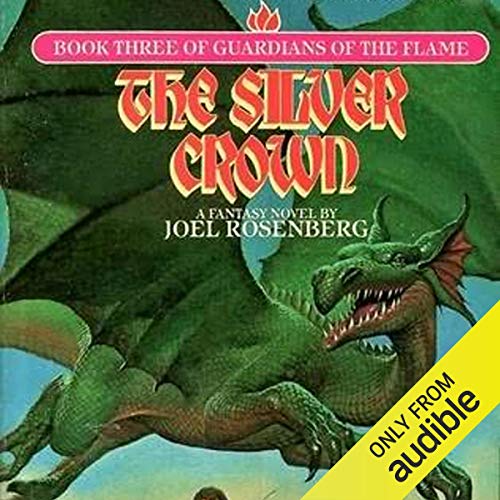 By: Joel Rosenberg
Narrated by: Keith Silverstein
Try for £0.00

The stronghold called Home was prospering, and Karl's dream of bringing freedom to everyone in this land, peopled by wizards, warriors, lords and slaves, dwarfs and elves, and dragons, was at last coming true. But by attacking slaver caravans, by offering Home as a haven to any eager to throw off their chains, Karl, Andrea, Ahira, and their comrades had made many powerful enemies.

Led by the evil Ahrmin, the Slaver Guild was stirring the kingdoms into a bloody war in which Karl and his friends might soon have to choose sides. And the elfin kingdom of Therranj claimed Karl's valley sanctuary as part of its own territory and was demanding both tribute and loyalty from the people of Home.

Caught between slaver forces armed with a magical new weapon and elves attempting to steal the treasured secret of gunpowder, could Karl's human, dwarf, elf, and dragon warriors keep the walls of Home standing for long?

What listeners say about The Silver Crown

I Hope Audible FInishes The Series

I never read nor heard of these books when I was younger and so was pleasantly surprised when I discovered them last week. I've torn through the first (and only) three titles in this series and have found them to be refreshing, fun, and a littler grittier than I was expecting. I would heartily this series to any fan of the fantasy genre who are waiting for the next Stormlight Archive or Demon Cycle book to come out. The Guardians of the Flame is a good filler series and my only problem with it is the fact that Audible list the remaining four books on their site but DOES NOT CARRY THEM. That is cold blooded, Audible.

Not as good as the first two. Kind of felt like an extension of book 2. Still highly enjoyable. Not really a fan of Silverstein's narration.

One of my favorite books from when I was young!

An excellent book and series well worth the listen. I read this series many years ago. Often when a person revisits one of their favorite books they find themselves disappointed. That was not the case here. The characters are just as engaging as I remember and the story just as enjoyable.