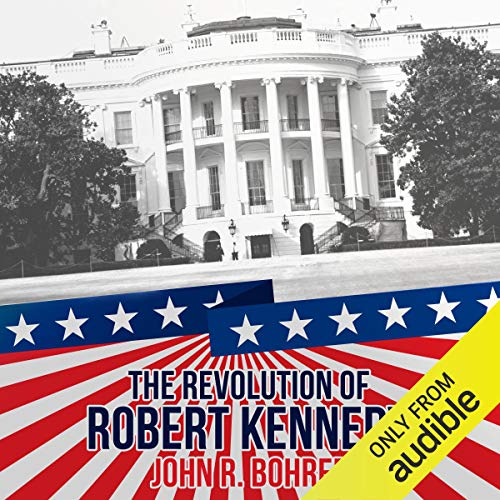 The Revolution of Robert Kennedy

A ground-breaking account of how Robert F. Kennedy transformed horror into hope between 1963 and 1966, with style and substance that has shaped American politics ever since.

On November 22nd, 1963, Bobby Kennedy received a phone call that altered his life forever. The president, his brother, had been shot. JFK would not survive.

In The Revolution of Robert Kennedy, journalist John R. Bohrer focuses in intimate and revealing detail on Bobby Kennedy's life during the three years following JFK's assassination. Torn between mourning the past and plotting his future, Bobby was placed in a sudden competition with his political enemy, Lyndon Johnson, for control of the Democratic Party. No longer the president's closest advisor, Bobby struggled to find his place within the Johnson administration, eventually deciding to leave his Cabinet post to run for the US Senate, and establish an independent identity. Those overlooked years of change, from hardline Attorney General to champion of the common man, helped him develop the themes of his eventual presidential campaign.

The Revolution of Robert Kennedy follows him on the journey from memorializing his brother's legacy to defining his own. John R. Bohrer's rich, insightful portrait of Robert Kennedy is biography at its best - inviting listeners into the mind and heart of one of America's great leaders.

What listeners say about The Revolution of Robert Kennedy

This is one of the best books on RFK I have read. It has been extremely well researched and will be enjoyed by anyone interested in the career of RFK or interested in this pivotal period in history. The narrator is first class also. Five stars from me