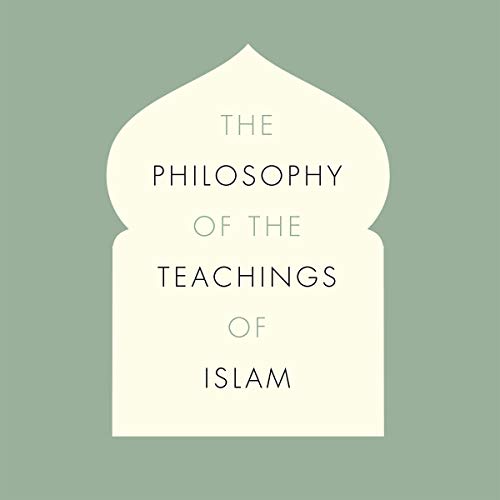 The Philosophy of the Teachings of Islam

By: Mirza Ghulam Ahmad
Narrated by: Henry Cobb
Try for £0.00

The Philosophy of the Teachings of Islam was originally written in Urdu by Hazrat Mirza Ghulam Ahmad, the promised messiah and mahdi(as) at the invitation of Swami Shugan Chandar Sahib under whose auspicious the conference of Great Religions was held in Lahore Town Hall from 26 to 29 December, 1896.

The scholars of Muslims, Christians, Arya Samaj, and other religions were invited to represent their religions at the conference of Great Religion.

They were required to write on the following five topics on the basis of their Holy Books.

God revealed to the promised messiah(s) that his work will be declared supreme over all others. And so it was. For instance, the Civil and Military Gazette, Lahore, wrote that Hazrat Ahmad's essay was the only one worth mentioning and the only one paper which was commended highly.

The essay has been published in several languages in different countries. It is the best and most comprehensive introduction to Islam within the scope of the above five questions. The book was translated into English by Sir Muhammad Zafrulla Khan Sahib.

What listeners say about The Philosophy of the Teachings of Islam