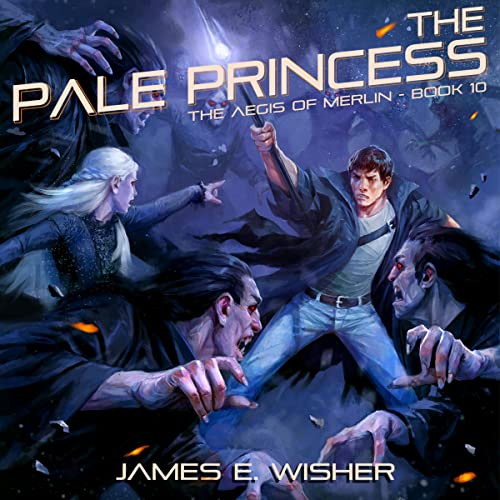 Even vampires have boogeymen.

Talon always thought the stories about the Pale Princess were just that, stories.

At least, he did until she showed up, took control of most of his people, and forced him to flee for his continued existence.

And who does the most powerful vampire in the world turn to when he needs help?

Conryu Koda, the Reaper’s Chosen, and the human charged with hunting down and eliminating the servants of the newly arrived demon lords.

But is even Conryu powerful enough to defeat someone that can control vampires?

What listeners say about The Pale Princess

Short but sweet! Wish these books where longer but what an amazing listen!! Joe kills it! Looking forward to more!

hope he's already written the next one

love this series as much as the portal wars. need more asap. I fund it gets better and better with every new book.