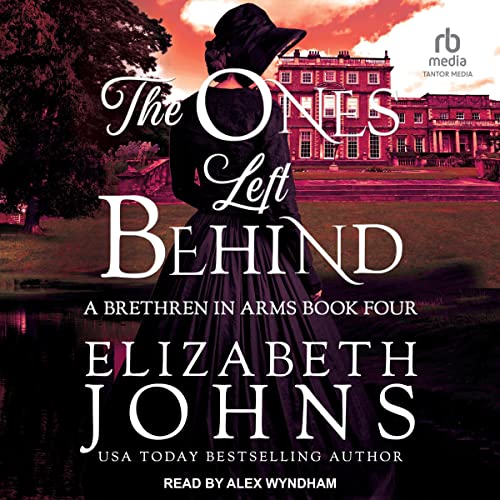 The Ones Left Behind

By: Elizabeth Johns
Narrated by: Alex Wyndham
Try for £0.00

War widow Kitty Gordon has been left without a penny to her name. In the two years since her husband Peter's death, the small pittance his brother had given her has run out despite economizing and taking in as much work as she could. His fellow officers had offered her help, but she'd always refused out of pride. Now she has nothing left, including pride. She seeks a post at her old home, Thackeray Close, hoping her distant relation will have pity on her and take her on as his servant.

Matthias, Lord Thackeray, returned to the army after Napoleon's escape from Elba, despite having sworn never to fight again following his best friend Peter's death. Although he survived the bloody carnage at Waterloo, he has not been left unscathed. His leg is shattered and he has been sent home to England to heal. But when he wakes from an injury-induced fever, he finds Kitty, his first love, begging for work as his housekeeper!

Honor bound to provide for his best friend's widow, Matthias fears Kitty's presence will create yet more wounds. Fury at his incapacity, and the strain of hiding his true feelings, make him push her away, yet he cannot deny he needs her. How can he turn the tables and make Kitty realize she also needs him?

What listeners say about The Ones Left Behind

Sugar plantations were the cruelest places for enslaved humans.

I enjoyed this book until learning near the end that part of Mathias’ fortune came from sugar plantations and rum. A reminder that the wealth of the English aristocracy stood on the bodies around the world.