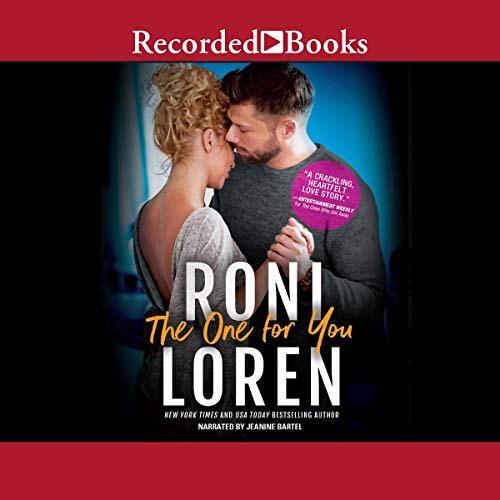 The One for You

By: Roni Loren
Narrated by: Jeanine Bartel
Try for £0.00

The highly-anticipated fourth book in Roni Loren's unforgettable The Ones Who Got Away series.

Kincaid Breslin wasn't supposed to survive that fateful night at Long Acre when so many died, including her boyfriend - but survive she did. She doesn't know why she got that chance, but now she takes life by the horns and doesn't let anybody stand in her way.

Ashton Isaacs was her best friend when disaster struck all those years ago, but he chose to run as far away as he could. Now fate has brought him back to town, and Ash doesn't know how to cope with his feelings for Kincaid and his grief over their lost friendship. For Ash has been carrying secrets, and he knows that once Kincaid learns the truth, he'll lose any chance he might have had with the only woman he's ever loved.

What listeners say about The One for You

Story was a bit predictable but the characters were relatable and fun at times. Narrator was great for female voices but not very good with the guys so this would have been a much better read as a dual or duet performance. The series as a whole was worth listening to but would make a great candidate for the escape package. Do have to wonder though why in 30 years Ash’s mother who was a nurse didn’t stop her abuse and no one but her son picks up on it or tries to stop it since it was a small town and everyone knows everyone’s business?