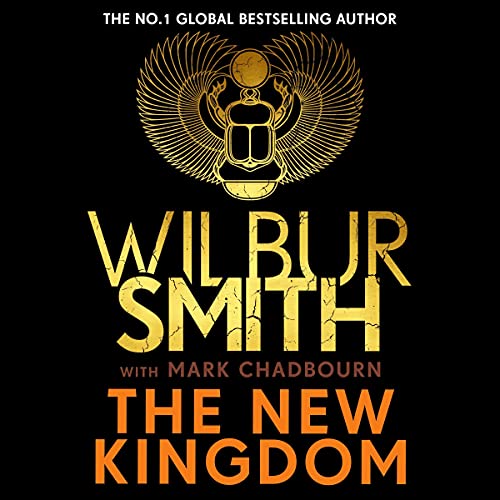 By: Wilbur Smith,Mark Chadbourn
Narrated by: Mark Meadows
Try for £0.00

In the heart of Egypt

Under the watchful eye of the gods

A new power is rising

In the city of Lahun, Hui lives an enchanted life. The favoured son of a doting father, and ruler-in-waiting of the great city, his fate is set. But behind the beautiful façades a sinister evil is plotting. Craving power and embittered by jealousy, Hui's stepmother, the great sorceress Isetnofret, and Hui's own brother Qen, orchestrate the downfall of Hui's father, condemning Hui and seizing power in the city.

Cast out and alone, Hui finds himself a captive of a skilled and powerful army of outlaws, the Hyksos. Determined to seek vengeance for the death of his father and rescue his sister, Ipwet, Hui swears his allegiance to these enemies of Egypt. Through them he learns the art of war, learning how to fight and becoming an envied charioteer.

But soon Hui finds himself in an even greater battle - one for the very heart of Egypt itself. As the pieces fall into place and the Gods themselves join the fray, Hui finds himself fighting alongside the Egyptian General Tanus and renowned Mage, Taita. Now Hui must choose his path—will he be a hero in the old world, or a master in a new kingdom?

The New Kingdom is a brand-new Egyptian Series thriller by the master of adventure, Wilbur Smith.

What listeners say about The New Kingdom